This Little Underground: Hundred Waters at the Dr. Phillips Center

This may sound cynical but Florida’s Hundred Waters, because of their lack of pop convenience, may be one of the unlikeliest rises in the music world today. I’ve always believed in them, that’s why I wrote a feature story on them back in 2012. But I don’t always believe in the public at large to recognize the good before it, and Hundred Waters is a fearlessly esoteric band whose chief concern is depth not bang. Their music landing on a Super Bowl ad for Coca-Cola this year is only slightly more statistically probable than the Rosetta comet landing (though I'm sure a good share of that credit belongs to their killer management, which also has Orlando ties, but still). But that’s what makes their victory so far that much bigger. It’s not just the ultimate underdog story but the triumph of art. 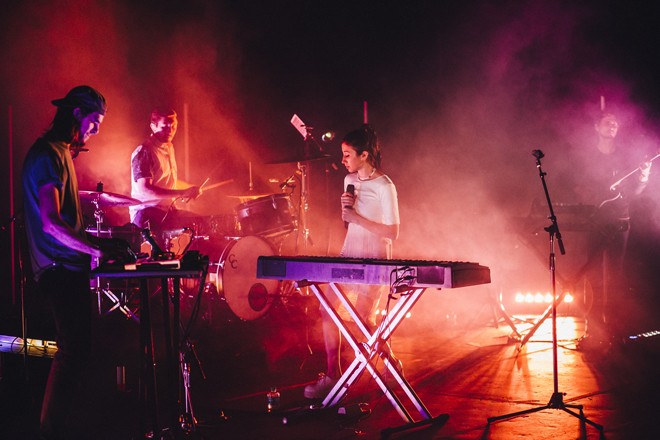 Hundred Waters formed in Gainesville but has enough deep local ties to make their recent show a homecoming of sorts. As if acknowledging all their recent milestones, it was to a sell-out crowd at the city’s poshest venue (Mar. 13, Dr. Phillips Center, Pugh Theater). Between the blossoming star of frontwoman Nicole Miglis and a dynamically conceptualized show, they put on a serious display of artistry. Most importantly – for them, for Florida, for good music in general – they’re already taking primetime shape. Keep on, kids. 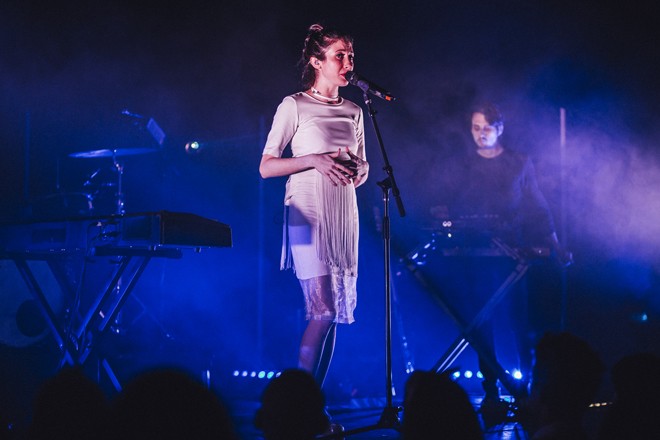