Orlando gets love, part 1: SFGate calls us "no longer a wasteland" 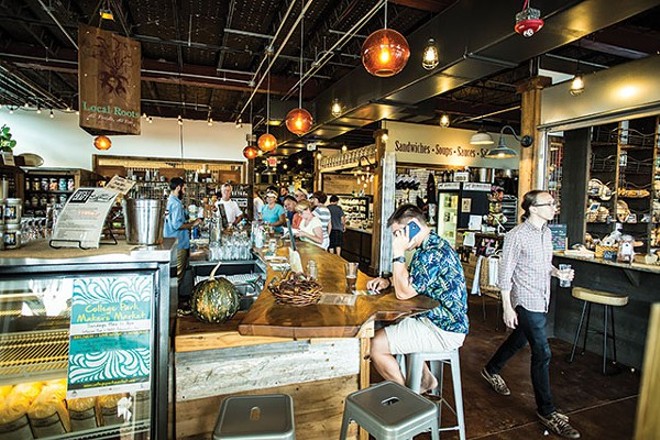 In an article headlined "No longer wasteland, Orlando's cultural scene grows up," San Francisco-based SFGate.com, a general-interest website operated by the San Francisco Chronicle daily newspaper, reports cultural doin's a-poppin down here in the benighted center of Florida. Gee, thanks brah! (Today an Associated Press reporter named Michael Schneider contacted me to let me know that  this was a piece he wrote that went out on the AP wire, and in fact was published by several papers and websites, not just SFGate.com. Our shame – or wait, are we no longer ashamed of ourselves? – is universal.)

Actually, they come at it from a culinary angle, noting that Wine Enthusiast magazine, the New York Times, and WiseBread.com all singled out Orlando for various accolades, none having to do with "what the city is best known for: theme parks."

After you wipe the condescension off your face, keep reading and you'll see that the article opens up into interviews with local tastemakers like chef Julie Petrakis, East End Market co-founder Kamrin Rife, Orlando Phil director David Schillhammer and Orlando Museum of Art president Glen Gentele, mostly about Orlando's recent gains in the cultural space, not merely in the dining scene.

The hunt for a new musical director [of the Orlando Philharmonic] has led to sold-out shows as each of five finalists performs. Audiences get to vote for their favorite in what locals are joking is the classical music equivalent of "American Idol." The finalists include Eric Jacobsen, a member of Brooklyn Rider, one of the best known and most cutting-edge string quartets around, and Mexican-American conductor Alondra de la Parra.

"All the candidates see the cultural community as on the cusp of something great," said David Schillhammer, executive director of the Orlando Philharmonic Orchestra.

There's a pent-up demand for more dynamic cultural events, said Glen Gentele, director of the Orlando Museum of Art, which is exhibiting the work of sculpture and landscape artist Maya Lin, and Orlando's arts patrons "are open and receptive to change."


They go on to praise our James Beard Award finalists (seven in the last three years!) and "vibrant food truck scene" (true). Referring to the restaurant scene, Petrakis says, "Now, they're pushing the envelope. There's getting to be so much competition now, that everyone is really trying to up their game." But it's a statement that goes for our cultural events and programming as well. Wasteland no more!