by This week in dumb lists

Source: WalletHub
WalletHub, the self-described "social network for your wallet," has named Orlando the fifth-best city in the United States for basketball fans. Based on what? Well, despite the fact that we have what the survey says is one of the worst performing NBA teams, we apparently have one of the most accessible NBA stadiums (hooray, Amway Center) and a lot of very engaged and friendly basketball fans. And that, apparently, counts for something. Right?

What cities are better for basketball besides us? Well, Storrs, Connecticut, for one. Storrs was followed by Chapel Hill, North Carolina (No. 2), San Antonio, Texas (No. 3) and Memphis, Tennessee (No. 4). We totally beat Miami, though, which came in at No. 13. 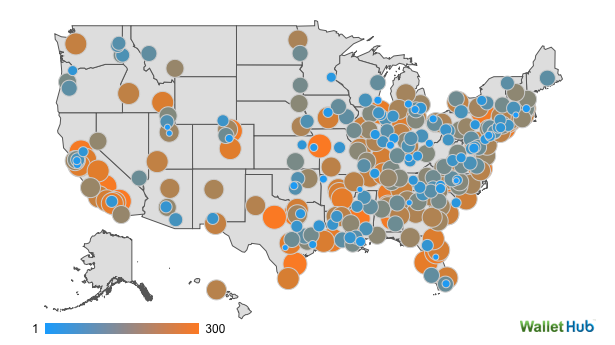