This Little Underground: Audiotourism debuts as a trio (The Falcon) 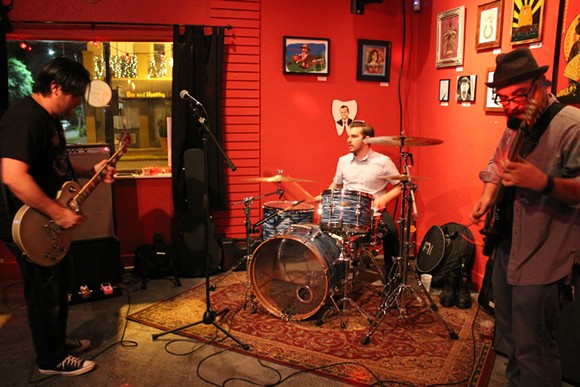 Since the current common ground between young and old indie rockers is the ‘90s, now is a ripe time to dig into the brawn of Audiotourism. They don’t gig too much so it’s very possible you’ve neither heard them nor heard of this local band. Now that the latter is taken care of, oblige yourself to fix the former because these guys are a direct tap to a time when noise, melody and angles – the ‘90s indie-rock trinity – coexisted.

Audiotourism is an underrated band, perhaps one of the most overlooked acts in the city even. Now, they’ve expanded into a trio with young new member Morgan Rice, drummer of rising, newly signed (Artery Recordings/Stay Sick) pop-punk band Old Again. Though just an early sketch of what their textured drive might be capable of with more wingspan, their debut as a three-piece (Mar. 19, The Falcon) was a promising look. When you’re shooting for a beefy guitar-powered sound like theirs, another horse under the hood never hurts. It’ll be interesting to see how loud they can get with some cooking time. 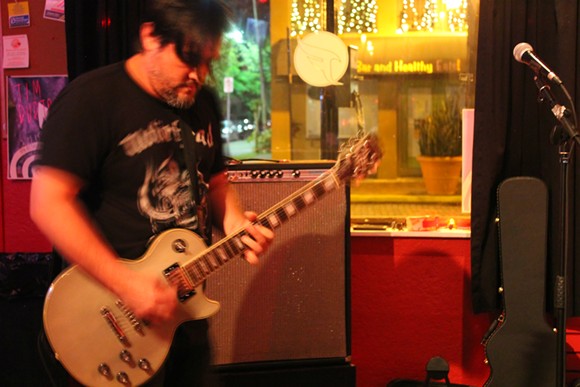