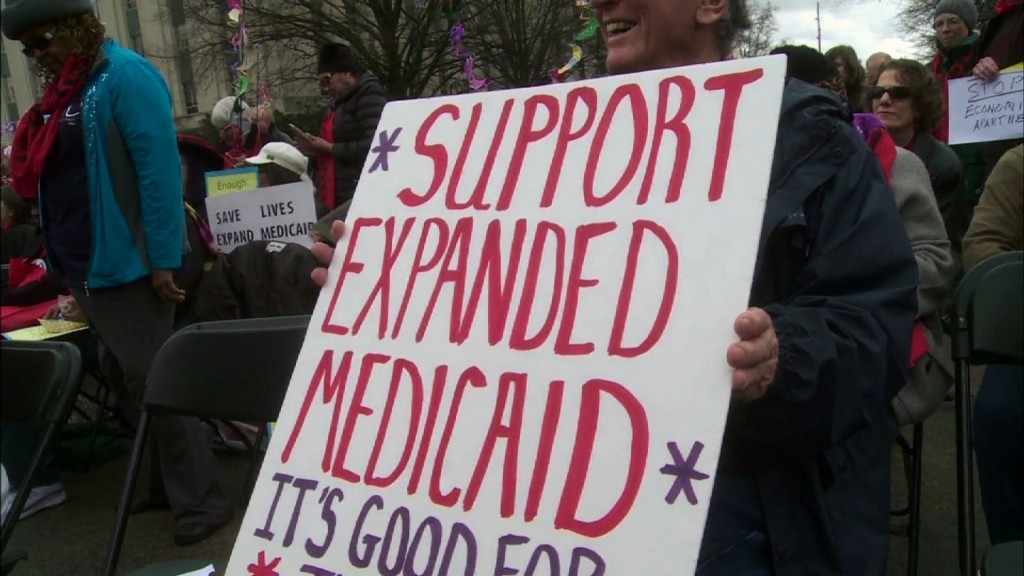 We just got off a conference call with representatives from the Florida Institute for Reform and Empowerment and the Alliance for a Just Society – along with several people suffering from the "Barriers " referenced in the report's title, "Breaking Barriers to Health Care Access in Florida" – and, well, the news isn't good (as always). In addition to the nearly one million people who fall into the gap separating the present anemic Medicaid system in Florida and the federal Affordable Care Act exchange that's been around for five years, there are other issues: access to doctors for minority communities, inexperience in minority communities with using insurance, language barriers and website issues. Add the failure to expand Medicaid, a failure championed by the Florida Legislature and its governor, and you have a huge mess. A 10-state comparison showed that the states with Medicaid expansion (obviously) were improving the breadth of coverage among their populations. States like Florida are lagging, by seeming political intention.

"We think it's unacceptable to play politics with people's lives," LeeAnn Hall, executive director for the Alliance says.

F.I.R.E. civic engagement director Amy Ritter says that the group is planning to leverage recent concerns about federal Low Income Pool dollars and how they are reflected in the competing budgets of the state House and Senate, as well as the report released by the U.S. Department of Health and Human Services (just as Sen. Ted Cruz was threatening to roll back the A.C.A. ... again) that there was a $7.4 billion increase in hospital reimbursements for the uninsured in 2014.

"We are not letting up and we're really pushing the legislature to address the issue," Ritter says.

Most importantly, at least according to the report below (beginning with a summary, because the report is 16 pages long, though quite interesting), is that there need to be means of addressing health care for some of the populations that need it most, even those with insurance. The healthcare issue is indeed a work in progress.

“Breaking Barriers” is a 10-state study analyzing the significant impediments and racial disparities in enrollment in health coverage under the Affordable Care Act, and access to health care, even after enrollment. The report includes specific recommendations for systemic improvements to assure fair and equitable access to health care for all.

The “Breaking Barriers to Health Care Access” report methodology included interviews with Florida navigators, policy and health care professionals and advocates, as well as 151 surveys in Spanish and English with low-income community residents.

The Florida legislature twice rejected Medicaid expansion, leaving approximately a million Floridians in a health care-less limbo, unable to qualify for Medicaid or for any tax subsidies to purchase health insurance. These decisions were followed by the state’ boondoggle expenditure of $900 million to develop Florida Health Choices

Florida has high percentages of people of color who are uninsured, but the outcomes make it clear that no targeting was done to help those populations enroll or access health care.

Website glitches and unfamiliarity with complex medical and insurance terms often led to delays for thousands in gaining coverage.

• The biggest barrier to enrollment is the state’s rejection of Medicaid expansion. Between 750,000 and 1 million Floridians fall into the Medicaid gap.

• About half of those interviewed have chronic health issues. Thirty percent said it had been more than a year since they had seen their doctor.

• Of those interviewed, 24 percent of African Americans and 18 percent of Latinos had to travel more than an hour to see their provider, compared to 4 percent of whites.

• Few of those interviewed have regular doctors: 37 percent of African American respondents and 43 percent of Latino respondents either use the hospital emergency or “have no place to go” for their medical care.

• Target enrollment of low-income residents who are already enrolled in programs like WIC, food stamps, or reduced price school meals.

• Expand the role of navigators to help people once they are enrolled to find doctors, alternative care, interpretation and health education.

• Florida should enforce and impose penalties on insurers who do not reduce racial disparities in health care within required time frames.

• Make sure the newly enrolled have their free screenings and checkups within 60 days and well-woman preventative care.

• Encourage innovation and experimentation to address the underlying causes of poor health, particularly in poor and rural communities.