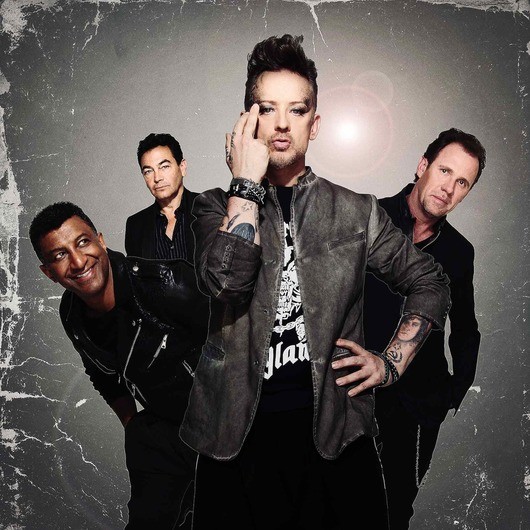 Legendary troublemakers who we (I) have studied for the entirety of our (my) life since the age of 11 Culture Club announced today that they would be making an appearance at the Hard Rock Live on Aug. 16. DID YOU HEAR THAT? CULTURE CLUB ARE COMING TO ORLANDO!!!

The group notoriously fell apart in the mid '80s – blah, blah, blah, Behind the Music – then reunited – blah, blah, blah, Behind the Music (well, a documentary that resembles that, anyway) – and have since stitched things back together once again for a new album and new tour. There was a hitch late last year when the band had to cancel its European tour because Boy George had to have throat surgery BECAUSE HE SINGS SO WELL, but now they're back, back, back, etc. Oh, and on tonight's American Idol on Fox at 8 p.m., Boy George will be playing mentor to the puppets of vocal acrobatics. (His voice is a little huskier now, so that could be interesting).


COMPARE, IF YOU WILL, TO OUR FAVORITE SONG EVER BY THE BOY!