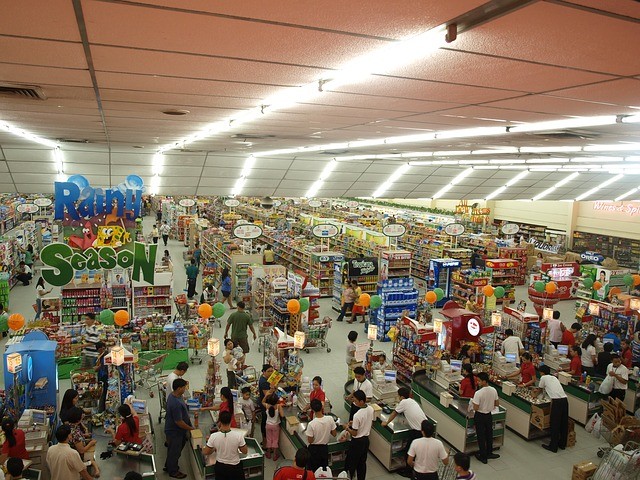 Earlier this month at the State of I-Drive event, Alejandro Pezzini of AMP Group, the parent company of Perfumeland and I-Drive’s NASCAR go-karts attraction, announced that the company is opening a grocery store on North International Drive. While it might sound like an odd location for one, the immediate area surrounding North I-Drive is technically a food desert. The closest grocery store is the Super Target near the Mall at Millenia.

The grocery store brand has yet to be announced, but they did mention it will be a first in the area, and that it’s a chain with about a dozen and half stores in the northeast (please, please, let it be a Wegman’s).

Even though most of us take a trip to the grocery store for granted, for international tourists, a trip to the sprawling grocery wonderlands we have in the United States is a must. To Europeans or South Americans, many of whom are used to cramped micro-groceries, our giant, clean, bright stores are an attraction in and of themselves. Located walking distance from Fun Spot and an easy stroll from the outlet malls, the new grocery store could become another stop on tourists I-Drive must-see list.

The new 17,000-square-foot grocery promises a butcher and focus on fresh seafood. It will anchor the Orlando Crossings plaza (the Del Taco plaza), which is currently being remodeled. AMP owns the plaza and its sister plaza, which is home to a number of Brazilian-focused businesses including Giraffas and Banco do Brasil. The grocery store won’t be without competition, though, as Artegon Marketplace focuses on bringing more food-related vendors over the next few months.
This isn’t the first time a grocery store was built locally to market to tourists. On Hwy 192 in Kissimmee, there’s the famous Chinese themed Winn-Dixie that was built beside the now-closed Splendid China attraction. While they’ve removed the live koi pond in the story, the cartoon-like pandas flying kites still hang over the fruits and veggies. No word on whether this new grocer will be themed but we’re hoping so.