Video: An interview with U.S. astronaut Scott Kelly before he leaves for the Space Station 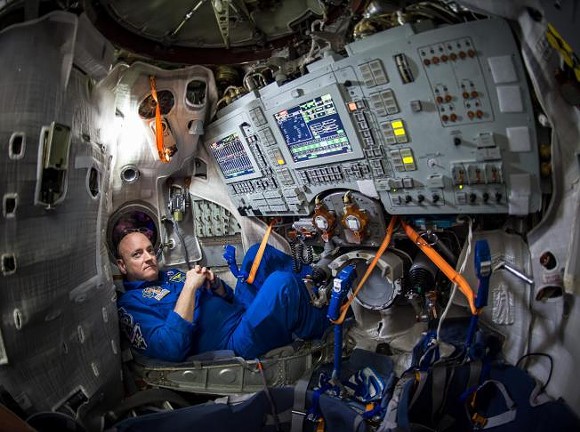 Today U.S. astronaut Scott Kelly will launch into space, joining Russian cosmonaut Mikhail Kornienko on a yearlong mission to the International Space Station. Kelly and Kornienko will depart the earth aboard a Russian Soyuz rocket around 3:42 p.m. About an hour ago, Kelly posted a photo of the rocket to his Instagram account (you can follow him at @stationcdrkellyd, and search the hashtag #yearinspace):

Kelly is one half of a set of identical twins, and scientists plan to study how the effects of space impact Kelly's by comparing him to his earthbound twin brother.

Missile test flight engineer Destin Sandlin made this video of Kelly for his Smarter Every Day YouTube series, which he shared with us yesterday.

"Even though his time on earth is precious, I was able to interview Scott in the Soyuz capsule," Sandlin says. 'Because of this limited time, I realize that hardly anyone gets that kind of access. I was just in the right place at the right time. I'm not the best interviewer, but I asked him about science, and his underwear."

Check it out below.