In the end: Indiana facing massive backlash for pro-discrimination law

To say that we are upset, distracted, troubled or hurt by the decision of Indiana Gov. Mike Pence (a, gasp, Republican) for upsetting the apple cart (literally) by signing a bill into law last Thursday that allows businesses to refuse service to LGBT citizens, or anyone else, would be an understatement. We've already been a bit shrill on this subject with good cause. Florida State Rep. Jason Brodeur, R-Sanford, would have the same thing come to light here in the Sunshine State, and about half of the country is considering similar Religious Freedom Restoration Acts, even though we already have a First Amendment and a good 10 percent of the country is likely gay. DON'T EVEN GET US STARTED ON THIS.

However, we do feel the need to celebrate the notable folks who have taken a stance against Pence's confused agenda so far, even though Pence is currently calling for "clarification" on the law because his state coffers are hemorrhaging. Let's do this, shall we?

Today, we heard that Parks and Recreation hero and his wife from Will and Grace, Nick Offerman and Megan Mullally would be canceling an appearance – and making donations from another – in the state thanks to Pence's bullheaded foresight. Tweet ahoy!

"Congrats @GovPenceIN WE ARE CANCELING Indiana Summer of 69 tour 5/16. I WILL PLAY @IndianaUniv this Weds and donate my $ to HRC. #Usuck"

Star Trek hero George Takei weighed in on MSNBC's site to call for a boycott, calling this brand of politics "divisive" at best:

"We live in a pluralistic and civil society, where our social contract demands we sometimes relinquish individual liberties in the name of a more just and open society. This means that while we are all entitled to our religious beliefs, the extent and impact of those beliefs, and what we may impose because of them, stops at the tips of our noses. This also means we must learn to respect and, yes, even love our neighbors, despite our differences."

Oh, and, among other corporations, like Angie's List and Salesforce, Apple's Tim Cook is cocking his brow at the seeming lack of civility Pence and his bigoted friends have proffered via SB 101. It's only human, right? 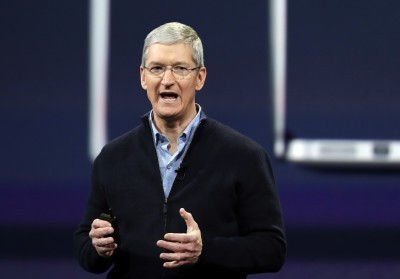 While we're at it, Marriott's CEO has just spoken up against the "idiocy" of this tyranny in a full-throated speech denouncing Pence's signing of the hate bill, one that he won't repeal, but hopes to clarify (because, uh, your state is sinking).

The Indianapolis Star, in a cold open from the state's largest paper, offered this on its front page today:

Connecticut has banned travel by state employees to the cesspool of Pence's disregard, along with cities like Seattle and San Francisco planning similar municipal sanctions.

Charles Barkley wants to pull the NCAA Final Four from Indiana, if you need something more masculine.

Plus, NASCAR has made a stink about the whole deal, which is weird, but OK! And the latest word is that New York State is shutting down "non-essential" travel to the Hoosier state, because, well, we'll let Gov. Cuomo say it (via statement).

"New York State has been, and will continue to be, a leader in ensuring that all LGBT persons enjoy full and equal civil rights. With this action, we stand by our LGBT family members, friends and colleagues to ensure that their rights are respected."

What it adds up to is a big mess for Indiana, even if Pence chooses not to admit it. If you're on Twitter, just go to #BoycottIndiana and see the rest of the fallout from folks like Dan Savage and Chris Rock and Ashley Judd. This isn't a molehill. It's a mountain. Are you listening, Florida Legislature?