A transwoman's response to HB 583, Florida's attack on transgender citizens 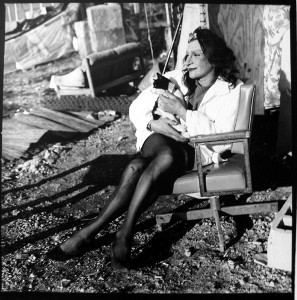 Everyone remembers the name Stonewall, but it seems like most people forgot the details. In 1969 it was illegal for members of the LGBTQ+ community to gather openly in New York. During raids the NYPD’s standard procedure was to line customers up, verify their identity and then verify the gender of anyone dressed as a woman by escorting them to the bathroom to check to see if their genitals matched their garments. Those caught fully dressed in clothes deemed anatomically inappropriate were arrested. Stonewall was not the first such raid, but it was the first where there was resistance. Stonewall is largely regarded as the catalyst of the entire LGBTQ+ movement, and a trans woman by the name of Sylvia Rivera is often cited as the initial instigator.

Now in Florida, more than 45 years later, we’re looking at a bill that would basically put people in the same position all over again. HB 583, introduced in the Florida House by state Rep. Frank Artiles, R-Miami, declares it against the law for anyone to use a public restroom, dressing room, locker room or other “single-sex public facility” that doesn’t match one’s biological gender. Obviously, the bill is aimed at transgender individuals. While some say the bill, and the battle for bathroom rights for transgender individuals, is the next big battle for LGBTQ+ rights, it’s a battle that’s clearly been going on since Stonewall, when the NYPD practiced its intrusive genital inspections.

In legal terms, a person’s biological gender is the gender that was notated on a person’s original birth certificate. This bill would make it a misdemeanor for a transwoman to use a women’s room, or a transman to use a men’s room – despite the fact that most patrons wouldn’t even know that these people were physically born with different biological at-birth gender marker. The bill allows anyone who discovers that they used a restroom with someone who was not biologically born of the sex matching that restroom to sue both the trans person, as well as the establishment operating the facility, for damages. Basically, it rewards people for being snitches and, despite claiming to guarantee people a right to privacy in restrooms, it encourages intrusion into people’s privacy.

The bill has been amended since its introduction to include exceptions for trans individuals who have had their gender legally changed on their drivers license or passport, as long as their ID is valid. For those that missed my previous articles on trans issues in Orlando Weekly, I’m trans. Since this bill was amended it’s no longer applicable to me personally, as I’ve finally managed to get my affairs in order and legally change my gender. However, it promotes discrimination, and it leaves many of my trans brothers and sisters, as well as intersex individuals, at risk. It certainly soured my victory lap to learn that HB 583 has sailed through two committees in the Legislature and is currently in the House judiciary committee.

Artiles wrote HB 583 to override existing gender-identity protections in his district that he feels are overreaching and subjective. He proclaims this to be a “common-sense safety bill.” This couldn’t be further from the truth.

Transwomen account for less than 1 percent of the world’s population, and at the time of this bill’s introduction, one of us was murdered at a rate of every 29 hours. Of the 270 known trans-related murders reported between Nov. 19, 2013 and Nov. 14, 2014 to nonprofit watchdog organization Transgender Violence Tracking Portal, 14 of those murders occurred in the United States. This year alone there were already 11 murders of transwomen before we even hit March. During the first few weeks of 2015 I came across obituaries in my Facebook feed at the rate most people see cats in theirs. The trans community even has its own memorial day, called Transgender Day of Remembrance, held annually on Nov. 20 to remember the fallen, because there are just that many. It’s even worse if you’re not white. Blacklivesmatter.com cites 35 as the average life expectancy for a transwoman of color.

Artiles’ so-called “common sense safety bill” willfully places some of the most vulnerable members of society in harm’s way at the height of trans-targeted violence. Spironolactone, the most common antiandrogen transwomen take for hormone therapy in the United States is also a diuretic, which means trans women typically have to urinate more than average. So, not only would HB 583 force transwomen into the men’s room, where they’d be highly susceptible to violence, they’d be at risk multiple times a day.

Personally, I feel like the committee members who voted on this bill are aware of the violence directed at women like us and wish to encourage it, as they clearly feel we’re undesirables. Consider this statement from prominent GOP party member Todd Kincannon, the former executive director of South Carolina's Republican Party: "There are people who respect transgender rights. And there are people who think you should all be put in a camp. That's me.” Kincannon made that statement on Twitter in October 2013.

It seems like this bill, and similar ones that have popped up states like Texas and Kentucky, are nothing more than the GOP’s attempt at revenge against the LGBTQ+ community for managing to legalize gay marriage in the majority of our nation’s states. Consider this: HB 583 was filed less than a month after gay marriage was legalized in Florida.

It doesn’t help that the Human Rights Campaign has held onto a “we’ll come back for you later” attitude toward the trans community, rather than gathering us under its umbrella and standing up for our rights, as well as the rights of the more mainstream elements of the community. To outsiders, the LGBTQ+ community appears to work in harmonious tandem toward collective social justice goals, but that’s not always the case. Trans people have felt slighted by community leadership for decades. Sylvia Rivera was a founding member of early gay rights group the Gay Liberation Front, but she wasn’t there long before she and other trans members were kicked out. The GLF even helped get trans protections removed from a New York anti-discrimination bill in 1971, claiming that it was too extreme. In 1995 HRC’s then executive director Elizabeth Birch proclaimed that, “Trans inclusion will be a legislative priority over my dead body.” More recently, in 2013 HRC representatives demanded that a trans pride flag be removed from a podium in front of the Supreme Court that was set up for a marriage equality rally. These trespasses were made in an attempt to make the community look more polished and conventional to middle America, therefore making it easier to get gay rights legislation passed. 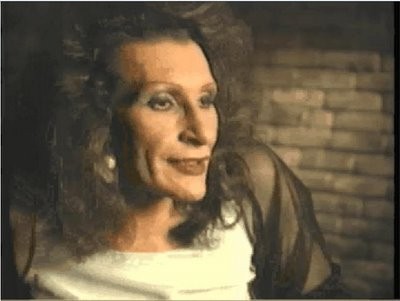 I also don’t expect them to care about me or any other trans person, living or dead. I do have a pretty good idea about of what they will care about though. For starters a federal district court in Minnesota just ruled that the Affordable Care Act prevents any hospital that accepts federal funding from discriminating against gender identity. While that ruling is in another district, it still sets a precedent that may haunt Florida if HB 583 passes. I also know that the Legislature cares about keeping businesses happy, especially ones that are large employers. Disney is one of the top 10 employers in the state. They also happen to have a perfect rating on HRC’s Corporate Equality Index. A lot of large corporations with perfect equality ratings operate in Florida. They include Boeing, Comcast and Starbucks. Perhaps the Republicans in the Florida Legislature should be concerned about how big businesses would react if they were legally obligated to enforce a policy that could damage their reputations. HRC may have a less-than-pretty history with the trans community, but they likely wouldn’t allow a company to maintain a perfect equality rating if they forced trans patrons and employees to use bathrooms that didn’t match their gender identities. And aren’t Republicans always saying that businesses should have less government oversight, anyway? If enacted, HB 583 could inadvertently hurt “the people” Republicans care about most, corporations.

Being trans can also be considered a medical matter and employers cannot disclose employees’ medical information, so how would this bill even be enforceable in work environment? The Equal Opportunity Commission ruled in 2012 that transgender persons are protected from discrimination under the Title VII of the 1964 Civil Rights Act. The U.S. Department of Education also released new guidelines last April that make it clear that transgender students are protected from discrimination under Federal Law by Title IX. Moreover, Attorney General Eric Holder stated in a memo dated Dec. 15, 2014 that, “After considering the text of Title VII, the relevant Supreme Court case law interpreting the statute, and the developing jurisprudence in this area, I have determined that the best reading of Title VII’s prohibition of sex discrimination is that it encompasses discrimination based on gender identity, including transgender status.” In other words, the official stance of the Department of Justice is that trans persons are protected from discrimination. Try as they might, states can’t circumvent federal law, and HB 583 and bills like it are attempts to do so.

Finally, there’s the glaring fact that Artiles’ seems to be unaware that female-to-male transgender individuals even exist, and that many transmen are indistinguishable from biological-at-birth males. So, the reality is that his bill would send some very muscular and hairy men into women's restrooms – the same spaces he claims he is trying to keep men out of.

HB 583 is not a legitimate public safety bill. HB 583, and other anti-LGBTQ+ legislations popping up across the nation, such as the religious freedom act making headlines in Indiana, are nothing more than oppressive hate bills, and their sponsors’ motives are more transparent than they think.