Covet this: Top 9 Disney collectibles, priced from free to baller 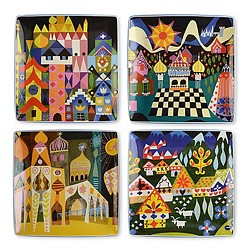 Nothing says vacation like buying useless garbage, and Walt Disney World’s grip on some folks has them (read: me) buying that useless garbage long after vacation is over, trying to relive those “magical” memories.

This week, I’ve put together a list of the nine Disney collectibles that can best serve as your sacramental talisman as you journey into Imaginationville. (Most of these items can be found on eBay if you prefer to stop giving all of your money to The Walt Disney Company; prices range from free to baller.) 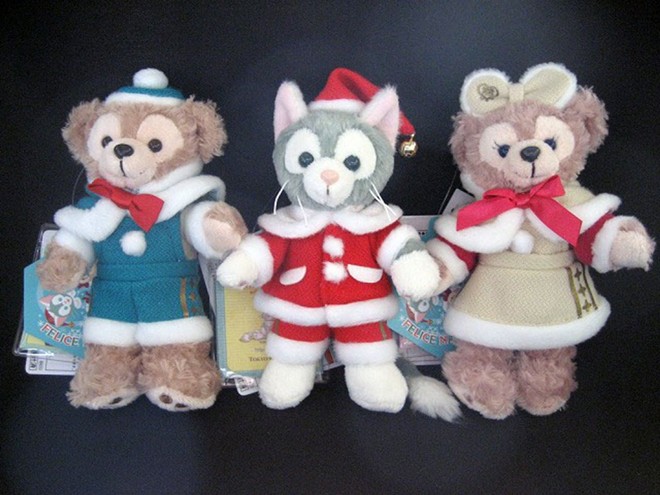 1. Any Gelatoni, Shellie May or Duffy item (prices vary)
I hated Duffy for a very long time. I was a purist. How could they just plop this bear in the middle of World Showcase with some gussied-up back story and expect us to buy it? I think my partner was messing with me when she bought me my first Duffy – that’s right … my first Duffy. But the little guy has won me over. Gelatoni is Tokyo Disney-exclusive and Shellie May is at both the Tokyo Disney Resort and Aulani. (You know, Aulani … Disney’s resort for people who can’t just appreciate the fact that they are in freaking Hawaii.) 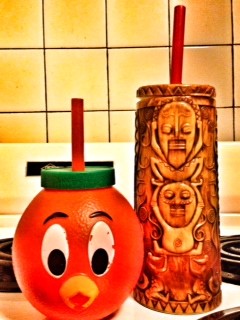 2. Orange Bird Souvenir Cup/Tiki Souvenir Cup/Rapidfill Resort Mugs (free-$12)
Let’s start with resort mugs. You may be asking yourself, “What does Rapidfill mean?” Well, look, there are people like me that used to steal soda from Disney resorts using old resort mugs from previous stays. There is very heated Internet debate (the only kind of heated debate that matters) on this very subject, and there are two basic sides in this fight: People That Care and the other 99.9999% of the universe. So now Disney puts a chip in your cup that tracks and regulates the amount of time between refills. Because that’s FUN!!!! It’s not like you are spending hundreds of dollars a night at their resort. (Do you even know how much fountain soda costs per cup? Like, almost a cent!) If cuter cups are more your bag, you should consider a Tiki souvenir cup or an Orange Bird (Anita Bryant’s best bud) souvenir cup. The Tiki cup ($8.79) is available at the Dole Whip stand at the Polynesian Village Resort called Pineapple Lanai, and the adorable Orange Bird sippy cup ($8.79) is available at Sunshine Tree Terrace in the Magic Kingdom Park.

3. Monorail Car (Powerball money)
As reported by our trusty editor-in-chief here, you too can now be the proud owner of your very own monorail car! All you need is a dream and $260K. Believe me, if I won the Powerball this is the exact vehicle you would be seeing Moon Jelly pulling up to your local venue in. A bass player can dream, can’t he? Do bass players dream of electric sheep? (They cut my last Philip K. Dick joke, let’s see if this one flies.) (Tim, you know I love a good Dick joke. – ed.)

4. Old cast member uniforms ($9.99-$280)
If you have ever worked at Walt Disney World (I have … shocking, I know), you may know what it’s like to change in front of strangers whose armpits smell like bug spray. If you would like to relive those glorious scent transactions or if just want to play dress-up, this is the collectible zone you fall into. These items are mostly available on eBay, but I’m sure you can find them elsewhere on the webz.

5. Park Starz ($18.95)
We all like to replace s’s with z’s. Even Dizney understandz how much kewler wordz are when you end them withz a z. Plus, these things are just so darn cute. I pretty much despise most Disney Vinylmation sets, but this one just knowz how to tap into that nostalgia trip we spoke of previously on these pages. Characters you miss dearly like the Funmeister and Discman reappear in this series of plastic junk. Who is Funmeister, you ask? Looks like you haven’t been paying attention to ancillary characters from the Disney parks. Shame on you.

6. Piece of History Collectible Pin Series ($20-$120)
Speaking of nostalgia trips, Disney has produced a line of trading pins that can reinforce your sadness over losing your favorite ride. That’s right, now YOU can own a shard of lightbulb from a float in a parade that you barely remember! That almost seems worth the $20-$120 that you are going to shell out for this obvious cash grab.

7. The Elusive Mary Blair Grand Canyon Concourse Vase (price unavailable)
This, to me, is the holy grail of Disney collectibles. My partner and I saw this in the Art of Disney store three years ago and have regretted not buying it ever since. If you have any information on the whereabouts of one of these beauties for sale … PLEASE let me know. Mary Blair’s mural inside of the Contemporary Resort is flat-out a Disney icon (five-legged goat, anyone?). It is represented here in vase form and I just can’t find one for sale anywhere. Yes, this is a cry for help.

8. Small World Plates (price unavailable)
I have these, so you can stop feeling sorry for me now. These plates are reproductions of Mary Blair’s concept art for “It’s a Small World” at Disneyland. I eat eggs off of them (probably not good for their resale value). It can be difficult finding these plates online: good luck. If you want to experience them in person, feel free to drop by sometime.

*(actual use of salvia and DMT not recommended)