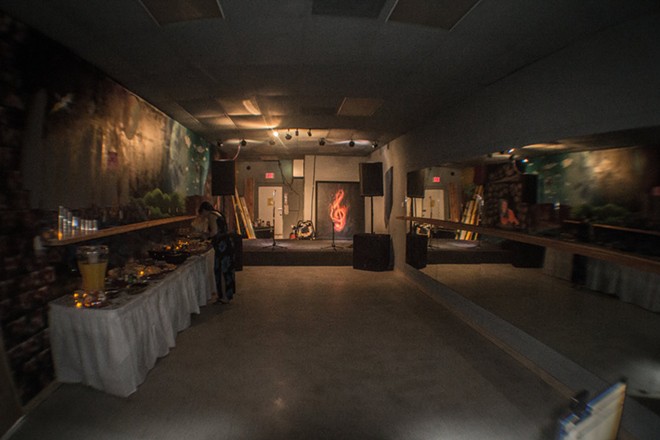 The Red Lion Pub has been holding down the live music scene on Howell Branch Road ever since Odin’s Den shut down, but as anyone who’s been to their Twisted Tuesday events knows, you’re just as likely to see someone spinning flaming poi sticks around or hula-hooping as you are to see a band. This week, the pub opens a new space called the Lion’s Den that’s devoted to these kinds of eclectic performances. The Lion’s Den will feature a stage with devoted sound and light systems along with a 40-foot mirrored wall for those who want to practice their poi, hooping or yoga. To kick off the grand opening of this space, three of Orlando’s most prominent young jam bands – Leisure Chief, the Groove Orient and Holey Miss Moley – are set to soundtrack the night, along with Body//Talk’s main man, VSN QST. Just look for the secret bookcase door to check out this cool new multi-purpose space, but be sure to bring cash as the bar doesn’t take cards.