First, there's The Ice Cream That Understands PMS (we really think "PMS Pints" is a better name, tho), a line of frozen treats for when Aunt Flo comes to stay.

The three flavors on offer are the realistically named Don't Come Near Me, I Think I'm Dying, and I Need Some More. However, here's where we dash your hopes and admit that they're not real – The Ice Cream That Understands PMS is a graphic design project by a Dallas artist named Parker Jones, not an actual product, so you can't buy it. Yet.

Next, we have to wonder why, of all the people Ben & Jerry have immortalized with their own ice cream flavors – Jimmy Fallon, Jerry Garcia, the Monty Python guys, Stephen Colbert  – only two have been women. And one of those, "Liz Lemon Greek Frozen Yogurt," isn't even a real person. Or real ice cream. (Froyo, yo.) (Though it is so delicious it's like high-fiving a million angels.) 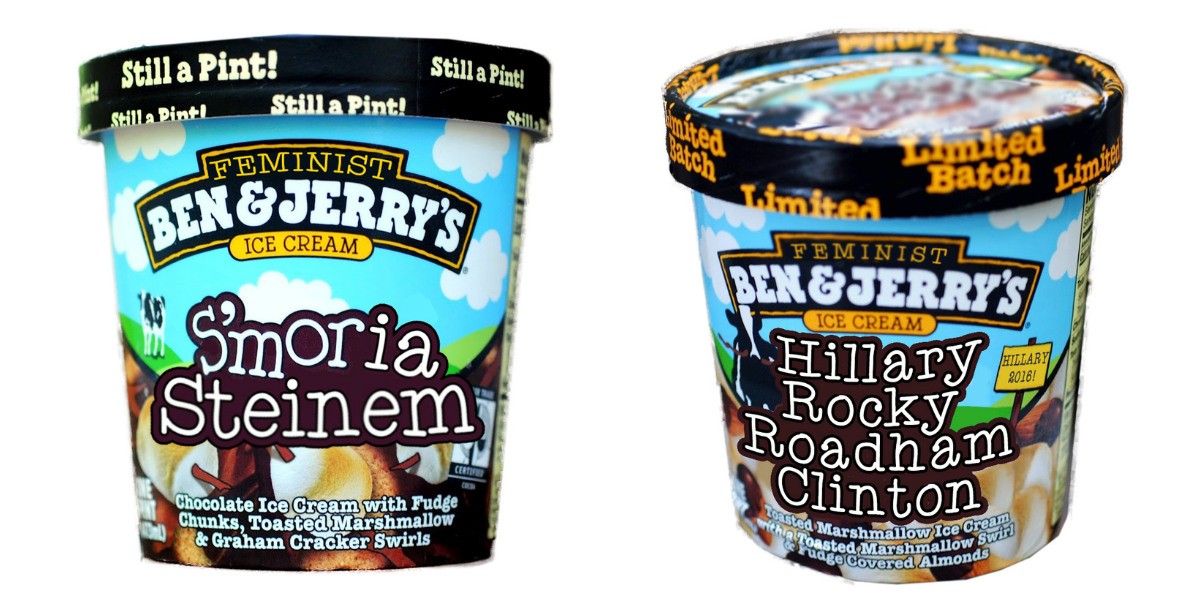 So artist Amanda McCall took matters into her own hands, creating Feminist Ben & Jerry's: Because gender equality is delicious!, a dozen iconic (but imaginary) ice creams.

And finally, the Licktators, a British ice cream maker known for flavors like General Custard, Jiggy Pop and Choc & Roll Rehab, released Vice Cream, "an intense female Viagra ice cream," mid-February – just in time for Valentine's Day. It's an Ecuadorian chocolate ice cream infused with something called Lady Prelox, a "natural plant-based pleasure enhancer" made from from the bark of a French tree, which works by increasing blood flow to the, er, area, thus heightening sensation.

They swear that this is a real product, but if so, it's sold out on their website. (Their Kim Kard-ass-ian marshmallow ice cream pop, below, was an April Fool's joke.) In any case, their products are only available for shipping in the U.K., so Vice Cream might as well be a unicorn for all the luck you'll have getting it here.