If you're seeing Dave Chappelle at the Bob Carr either tonight or tomorrow, we're jealous 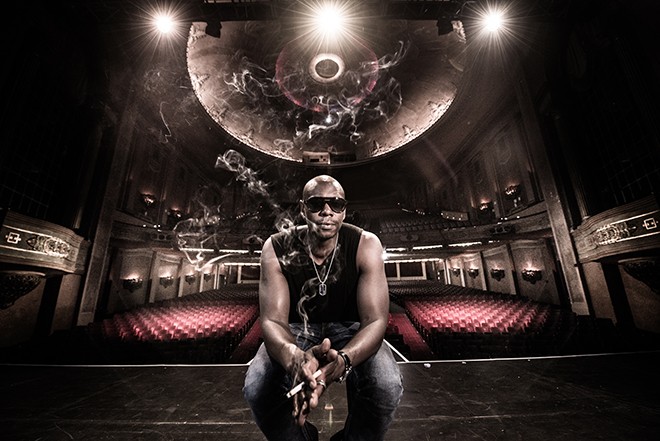 There aren’t many living comedians who have the sterling reputation that Dave Chappelle does. After coming up in the stand-up world, Chappelle seamlessly transitioned to national prominence due to his star-making turn in the 1998 stoner classic Half Baked and his stereotype-skewering sketch comedy show, Chappelle’s Show. Then, in 2005, he stunned everyone by walking away from the Comedy Central hit. His reasons were varied: dissatisfaction with network meddling, the desire to focus on his family, but, most importantly, the show was making it difficult for him to continue to work in stand-up, his first love. Since leaving television and film, Chappelle hasn’t stopped working on stage; he’s known to pop in for unannounced sets from time to time in New York and L.A. But this is the first time he’s been on such a prominent solo tour in over a decade, which is why tickets for the first announced show at Bob Carr this week sold out in less than a day, prompting the addition of two more shows. It’s possible that they may all sell out by the time this hits the stands (UPDATE: They're gone.), but we suggest that you beg, borrow or steal to get into this show. It’s a celebration.