I've been too busy wide-eyeing Jim Leatherman's photo retrospective of concert photography he shot between 1984-2014 to adequately express excitement over another really cool art exhibit opening tonight at Gallery at Avalon Island that features poster art from some of the area's coolest designers, like Jeff Matz, Erin Nolan, Greg Leibowitz, Andrew Spear, Jim Ivy, Greg Reinel and all those awesome artists Norsekorea works with, all widely revered for painting the town with some of the area's most consistently flashy fliers.

The show is called I Know It's Only Rock & Roll, But I Like It and starts at 6 p.m. Thursday, April 16 (that's tonight!). (RSVP!) Here's to the rightly exonerated works (designed to be slapped up in windows and stapled into walls, not necessarily hung prettily in a gallery) that promotes music in the most expressive way possible. (Disclosure: These are examples of these artists' works to demonstrate style and not necessarily the pieces that will be used in the show.) 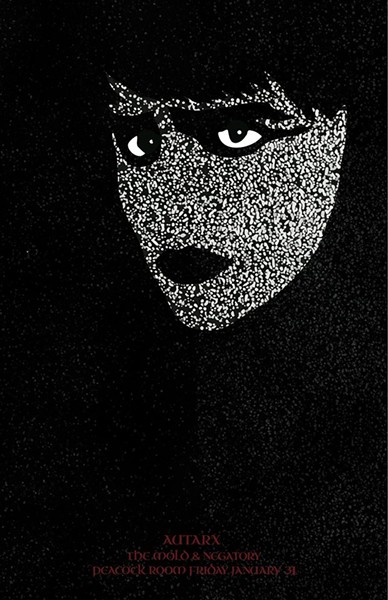