NSA whistleblower blog the Intercept reports that the Transportation Security Administration is training security personnel at Orlando theme parks to be on the lookout for terrorists in the parks.

According to the Intercept, the TSA recently held a training in Central Florida that taught theme park security officers how to use the widely criticized method called SPOT (short for Screening of Passengers by Observation Techniques), which offers a checklist of seemingly benign behaviors that can be used to spot potential terrorists. Among the things it tells people to be on the lookout for:

"Appears to be in disguise."

"Appearing not to understand questions."

According to the Intercept, the TSA has instructed theme park personnel to be on the lookout for these and other "suspicious" behaviors that may be exhibited by park guests with nefarious intentions. Or guests who are stressed out. Or guests from other countries. Or guests who are cranky and tired. Or, you know, anybody. 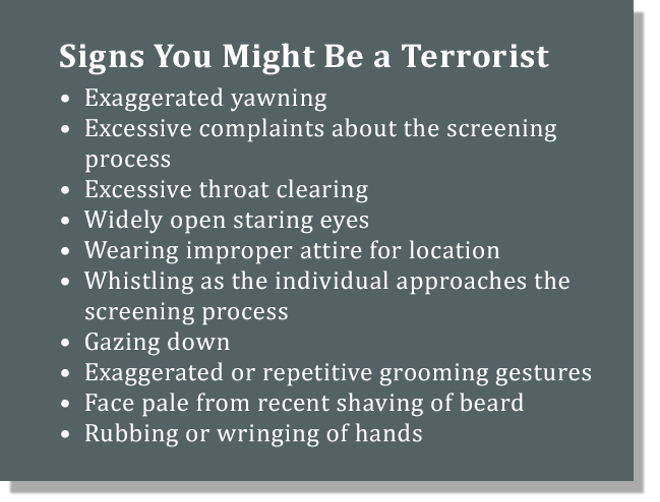