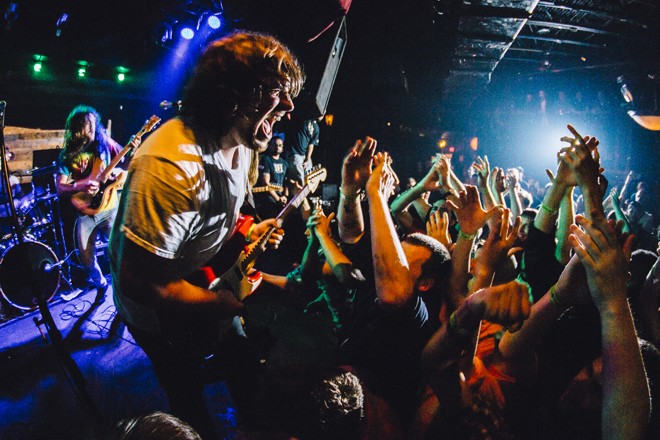 Besides opening night of the annual Florida Music Festival, downtown was simultaneously descended upon last Thursday (April 16) by three cultural forces that have enthusiastic - albeit somewhat specific - draws: Jimmy Buffett, Dave Chappelle and Diarrhea Planet. I did two of the three. I’ll let you guess which one didn’t make the cut.

The most germane headliner to the purview of this column was Nashville’s Diarrhea Planet (Backbooth). The big, brown elephant in the room is that name. I’m only the billionth one to bring it up, but a band with a juvenile moniker like that starts out at a pretty deep deficit. So it’s to their tremendous credit that their music and especially live display render it utterly inconsequential, a seemingly impossible feat until you see them in person. That is but the first of many intrigues for this band. The other big one is how four guitarists play together without being a messy circle jerk. 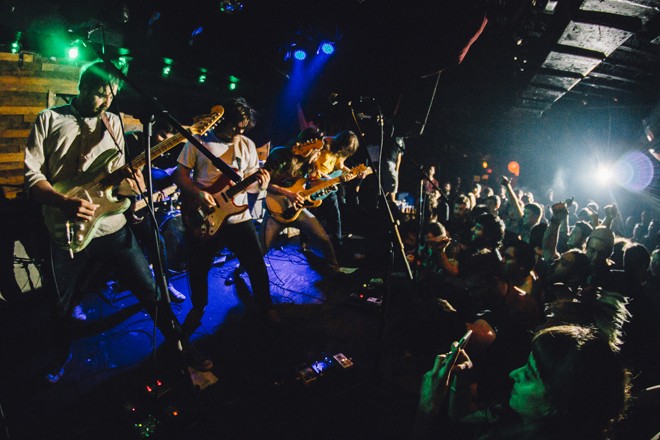 But enough about what they don’t do. What they, um, do do is kick out mainlining, life-affirming party-punk songs with maximum glory. They’re triumphant, inciting and, ahem, explosive. And they can send up a room like a rocket. Thanks to local promoter Norse Korea, they’ve been coming here with impressive frequency (twice in the past six months). For a must-see act, that’s a very good thing.


Warming up the stage just before was Orlando pop-punk band Panther Camp. I admit that pop-punk is a genre that I, as a general rule, tend to treat with apathy and dereliction. It’s not something I feel guilty about. As far as I’m concerned, it’s earned it as arguably the most overrun and diluted stripe of punk rock. But it can be done well, and Panther Camp does just that. They neither get dumb nor overreach. They just keep things focused, anthemic and skyward. That energy and charisma was enough to allow frontman Jason Smith to pull off a Jesus walk on top of the crowd even though they weren’t the headliner. By the time they rolled out a cover of the Dead Boys’ “Sonic Reducer,” this crowd was primed. 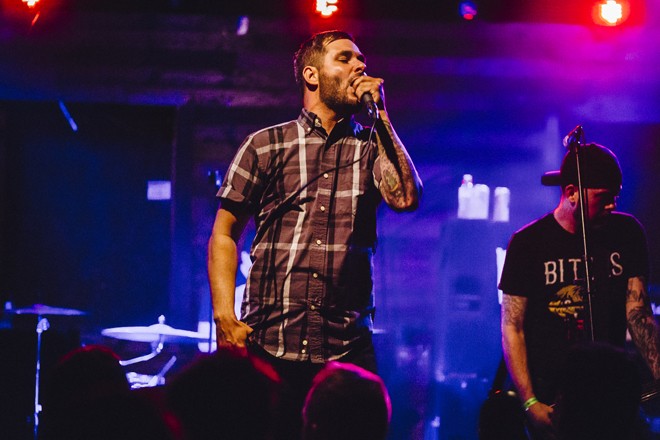 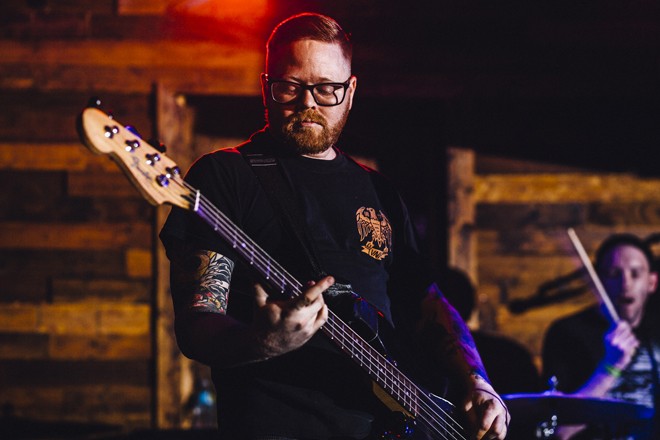