This Little Underground: Perspective and highlights from the Florida Music Festival 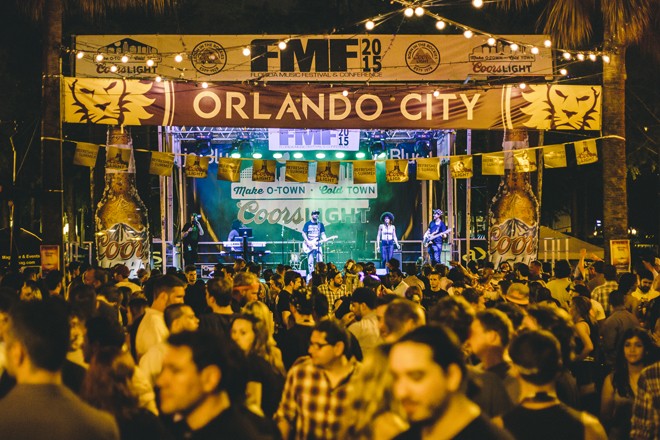 We could be looking at a whole new era for the Florida Music Festival (April 16-18) here. By ditching big-name headliners and showing the music for free, the city’s longest-running music festival made a seismic pivot this year.

The organizers were pretty frank to me in their admittance that the headliner business had become a headache, citing the drain of dealing with agents and how it had shifted focus away from the discovery aspect of the festival. Of course, this wouldn’t be such an issue if the big names were current heavy-hitters that generated a contagious buzz, but they weren’t.

Getting truly exciting marquee names has never really been FMF’s forte. So, for me as a voracious music fan, the discovery element has always been the best part of FMF, and it’s something organizers say they want to return to. Fostering an active culture of curious showgoers is something I’m forever behind, and making the shows free certainly helps that. For live music lovers, it’s a major win. The barrier to entry can’t be lowered any further, so if you can’t be bothered to at least check something out at zero cost then just give up now. I don’t know how much this change was the result of FMF having a good, hard look in the mirror and how much was simply a response to economic reality. But either way, the result is good in principle and a return to something more meaningful and exciting to true music heads.

The news of this major development, however, came late. Making the announcement only about two weeks before the festival start isn’t, I don’t think, enough time for the paradigm-breaking idea to effectively rewire the set attitudes that people have about FMF. So the ripples of this defining sea change won’t really be able to be measured until the returns of the subsequent editions. But the shift is significant and, coupled with the evaporation of practically all other contending festivals, ought to bring back some of FMF’s original appeal. We’ll see how this move will ultimately affect the festival’s viability. But for showgoers – and, I believe, for young bands – this is the best thing FMF has done since it started. And more people should’ve taken advantage of it.

One of the hottest FMF showcases I saw was the one curated by MC/impresario/scene beacon Swamburger (April 17, The Social). The rappers who individually shined the most were E-Turn and Madd Illz. Without the flash of her star DJ partner SPS, E-Turn did a set that actually exhibited how truly on-rails her flow is in the raw and why she’s one of most gifted rappers in the underground right now. And the battle-cut Madd Illz – with his aggressive, technical style – just outclassed everyone who dared stand next to him.

The best surprise discovery this year was, ironically, from the showcase I curated myself (April 18, The Social). Without exception, all acts I’ve ever hand-picked to put on any public stage anywhere were based on good firsthand experience. New local band Waxed, however, was the first time I’ve ever broken my own rule and rolled the dice, sight unseen. But, as my general godlessness suggests, I’m not exactly the blind-faith sort.

Waxed is the new vehicle for Flashlights frontman Terry Caudill and, as the gallons of glowing ink I’ve spilled on them can attest, I’m a big Flashlights fan. That was enough insurance for me and it paid off because their official live debut was very impressive. Waxed has a lot of the fuzz and spark of Flashlights but with a sound of more measure and flesh (five players, including electronics). I’m putting them in the Book now.

In terms of pure live electricity, however, the blue ribbons go to both Eugene Snowden and the Woolly Bushmen. It’s not a surprise or anything other than what they do in their regular course of live business, but the Bushmen just tore it up. These kids are pure rock & roll wildness and joy, and they performed some of the material from their new LP (Sky Bosses), which they’ll be unveiling at their upcoming show with none other than the Fleshtones (May 3, Will’s Pub). 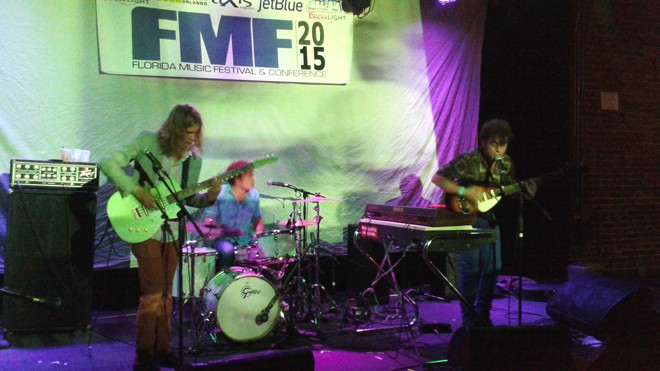 And then there was Eugene Snowden. He didn’t just perform, he held church. We’re accustomed to seeing him in grand fashion with the Legendary JC’s. But in a quintet joined by additional guests, this was the biggest I’ve seen him go for his current rock & roll muse. I’ve seen Snowden’s pop-up ensembles before, and this one was probably one of his most ad hoc and last-minute ones, but it was one of the best in show and execution. I mean, just check out this exclamation point:


The man is just a total fucking boss.