Worth a listen: WMFE's coverage of the Vietnamese community in Orlando 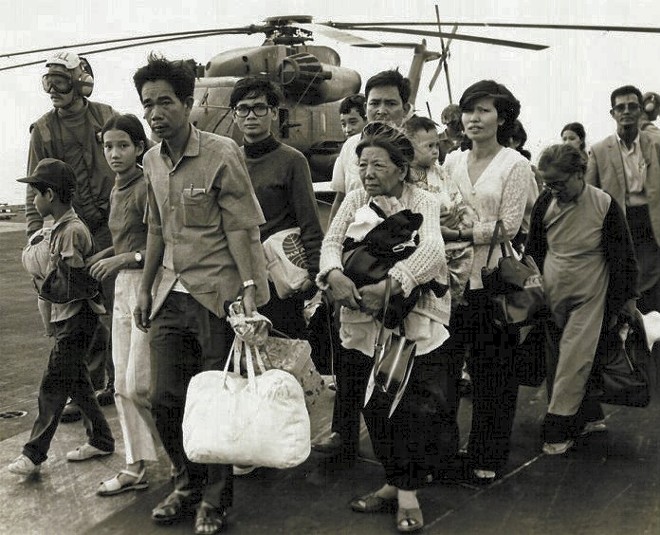 April 30, 2015 marks the 40th anniversary of the Fall of Saigon, the day the capital of South Vietnam was captured by People’s Army of Vietnam and the National Liberation Front of South Vietnam, marking the end of the Vietnam War. American military personnel stationed in Vietnam were evacuated from the city, but thousands and thousands of Vietnamese people who were loyal to the southern regime had to find places to go. Thousands of South Vietnamese orphans, infants and children were evacuated from the country during "Operation Babylift" during the month of April 1975, then on April 29-30, thousands of adults were flown out of the country by helicopter during the final phase of evacuation dubbed "Operation Frequent Wind." More than 130,000 Vietnamese citizens were evacuated in total, and more than 110,000 of them lived in tent cities in Guam before being processed and transported to air force bases in Arkansas, California, Pennsylvania and Florida, where they were prepared for resettlement in states across the nation.

In Orlando, the presence of Vietnamese expats is most visible in the Mills 50 neighborhood, where Mills Avenue and Colonial Drive intersect, where jewelry stores, restaurants, markets and gift shops specializing in Vietnamese goods line the streets for several blocks. This week, Orlando's NPR affiliate WMFE recorded a series of interviews with the proprietors of those stores and restaurants, Vietnamese community leaders and the children of the original Vietnamese evacuees. The result is a fascinating oral history of the region's Vietnamese community, which over the years has been both highly visible but surprisingly underdocumented by traditional media outlets. These interviews are worth bookmarking and listening to when you have the time.

For Vietnamese, heritage endures at places of worship

Orlando's Little Vietnam preserves its history to enrich its future

The young ones: Vietnamese youth redefine their community