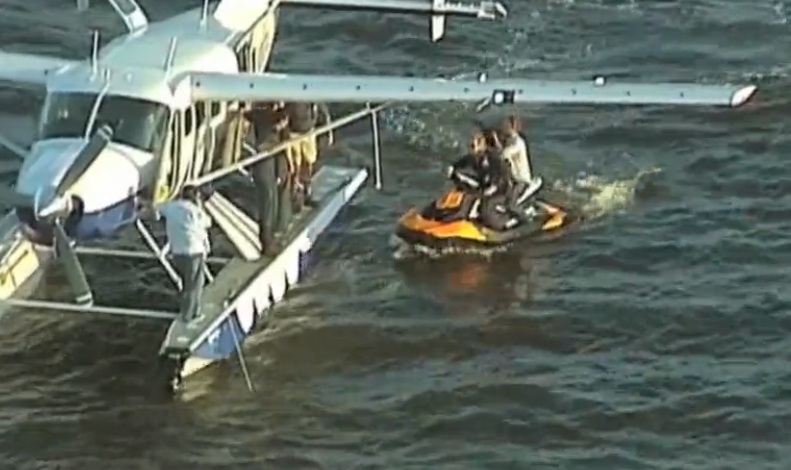 "That doesn't look normal," said Thomas Van Halle, recalling when he spotted a plane headed for a nearby waterway in Lantana, Florida, Wednesday evening. "I'm driving along and at the end of the street I just see, like a plane, just coming down sideways," said Van Halle. "I went to the end of the street because I thought someone might, you know, need help. I thought something was wrong at first. Never seen a plane land here before."

As reported by NBC News, first responders were called to the scene only to find former rapper and occasional burglar Vanilla Ice climbing out of a small airplane—a plane that has the capabilities of landing on water.

According to his Twitter account, Ice was filming for his latest reality TV show, The Vanilla Ice Project.