The Boston Lobster Feast 'Lobstermobile' is finally going to a museum 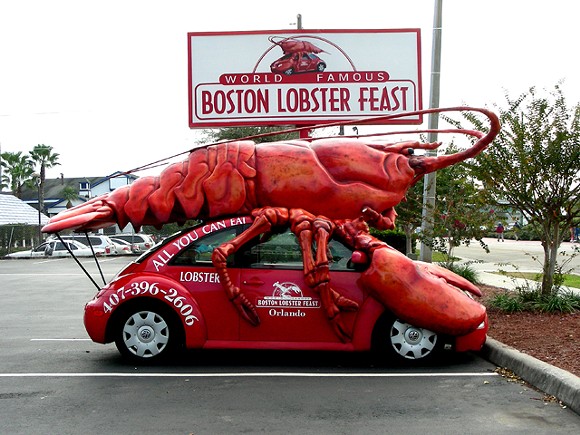 This Tuesday, May 12th, Boston Lobster Feast on International Drive will be retiring its iconic 'Lobstermobile," the bright red VW bug with a massive lobster clinging to the roof.

The legendary crustacean car will be loaded up onto a flatbed and shipped to the Marine Maritime Museum in Bath, Maine, where it will become a permanent fixture of an exhibit called 'Lobstering and the Marine Coast.' A fitting end to a storied ride.

“The Lobstermobile has been the most photographed car in Orlando for the last 17 years, and after the museum contacted us, we thought it was a great place for its retirement!” said Boston Lobster Feast owner Jeff Hazel in a recent press release. “We’ve driven all over Orlando and Central Florida, been featured in lots of magazines and tens of thousands of tourists pictures, and it’s even part of our logo!”

If you're feeling sentimental about the car's departure, relax, Boston Lobster Feast assured us that a near-exact replica is already in the works.