Shark attacks UCF student and is immediately punched in the face 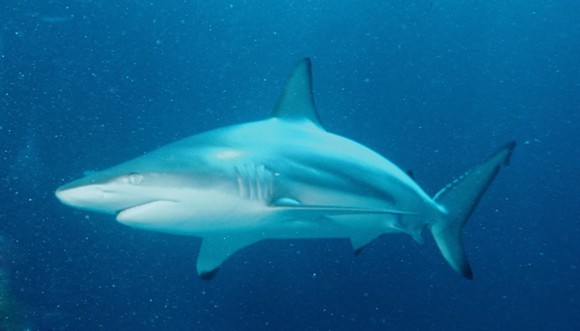 University of Central Florida student Josh Green was swimming alone at Cocoa Beach last Thursday, May 7, when a shark grabbed onto his leg and immediately received a rapid succession of swift, accurate and powerful punches to its shark face.

The incident happened at around 3 p.m.

According to Green, it is believed the shark was a 4- or 5-foot blacktip shark.

“I didn’t realize it was a shark until I punched it, thinking it was someone messing with me and then felt the face,” Green told Knight News. “Everybody wanted to tan so I just went out by myself. I was riding with the waves and body surfing when out of nowhere I feel something grab my leg and yank,” Green said.

Green unloaded a series of punches into the shark's face, swam himself to shore and later received a total of 18 stitches in his calf, foot and ankle. He's expected to fully recover.