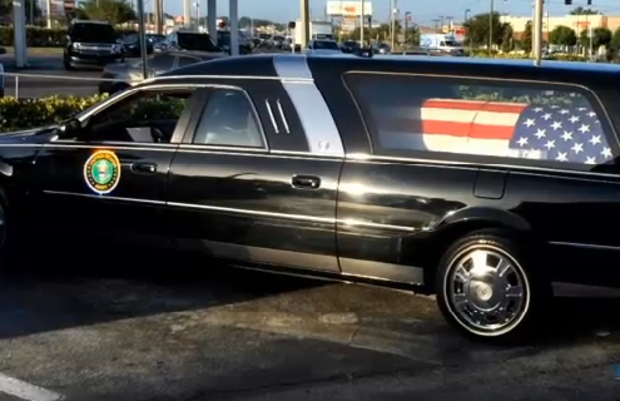 The body of Lt. Col. Jesse Coleman was on its way to a service at Veterans Funeral Care in Clearwater, Florida, Tuesday morning—that is—until the hearse driver and a licensed funeral director decided to take a quick detour at a nearby Dunkin' Donuts.

According to WPTV, the hearse was spotted in the parking lot of a New Port Richey, Dunkin' location at about 8:50 a.m. on May 7.

“What could they have been thinking?” said Veterans Funeral Care President, Jim Rudolph to WPTV. "I haven’t got the foggiest idea.” Rudolph went on to say he fired both employees because stopping for coffee goes against his core business, which is honoring vets. “It’s not what we do. That’s absolutely a total lack of respect," said Rudolph. "When a car is heading to a service, if there's more than two people it doesn't pull over."