Riding on a string of perceived successes and good feelings and city-growth mountains traversed and money bags thrown into the air, everybody's buddy Buddy Dyer is officially launching his campaign at the Abbey downtown on June 16. While it might seem like a normal time to launch a municipal campaign – hell, we did it ten years ago this spring when Buddy was momentarily indicted – this year, the move comes with significant controversy. Earlier this month, the city voted to bump up its municipal elections to November 2015 after the legislature decided to bump down the 2016 Florida presidential primary to April (city elections are usually held in March on even years; presidential primaries were wedged into January a few years back, but now that wedge has changed FOR JEB BUSH). TOO CONFUSING, Dyer and his commission said. Or, more positively, "Any standalone election is a great opportunity for someone who cares about the city to come out and choose leadership," the mayor said, according to CFNews 13.

The prevailing sense among local-politics horserace watchers is that this is a sly move meant to block off any potential challengers, but who knows? Dyer is pretty well-heeled in the community, and, give or take a mugshot, has seemingly converted the city into one giant chorus of "YEEEESSSSSSS!" He'll launch his campaign on a Tuesday night, and he will probably want some of your money in order to stave off invisible, likely incapable opposition.

So will this make him a 16-year mayor (assuming he doesn't jump off to run for governor in 2018, as he is hot-tipped to do) or a 15-year mayor? Asking for a friend. 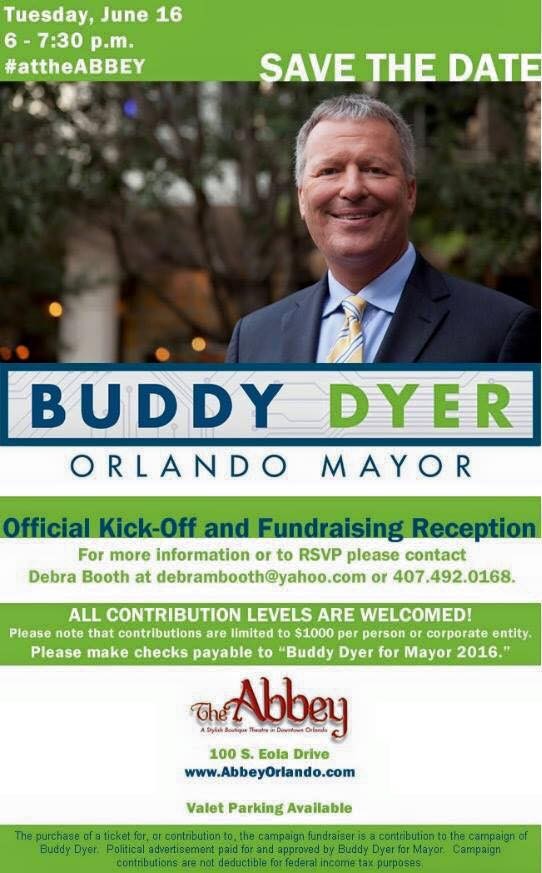