Multiple shots fired at the Beacham after Memorial Day party 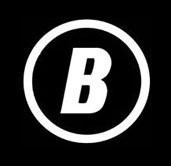 According to a police report, multiple gun shots were fired at near the Beacham as crowds were filing out of the club at 2:33 a.m. this morning (Tuesday, May 26), following a Memorial Day party with no cover (ostensibly to help with crowd draw) that featured a live performance by Peewee Longway at the club. Fortunately, no injuries were reported, but bullets did break a window on the 14th floor of nearby Wells Fargo, causing damage but no injury according to the report. The suspects were not located, but are thought to be driving a dark Honda Accord. Should you spot the suspicious vehicle, contact police.