It's nothing new that the cost of living and the minimum wage are incredibly disproportionate and thus obtaining a happy, healthy and fulfilling life a crappy balancing act for today's society. However, did you know it was this skewed?

Oregon Governor Kate Brown commented on the report, stating, "There simply isn't enough reasonably priced, decently maintained housing to meet the demand, and rapidly rising rents outpace wages. As a result, one out of four households spends more than half their income on housing costs. People with low or fixed incomes face even bleaker situations."

Despite excess housing built in the mid-to-late 2000's in an effort to resolve the increasingly high cost of living, affordable housing opportunities are still few and far between nearly a decade later. 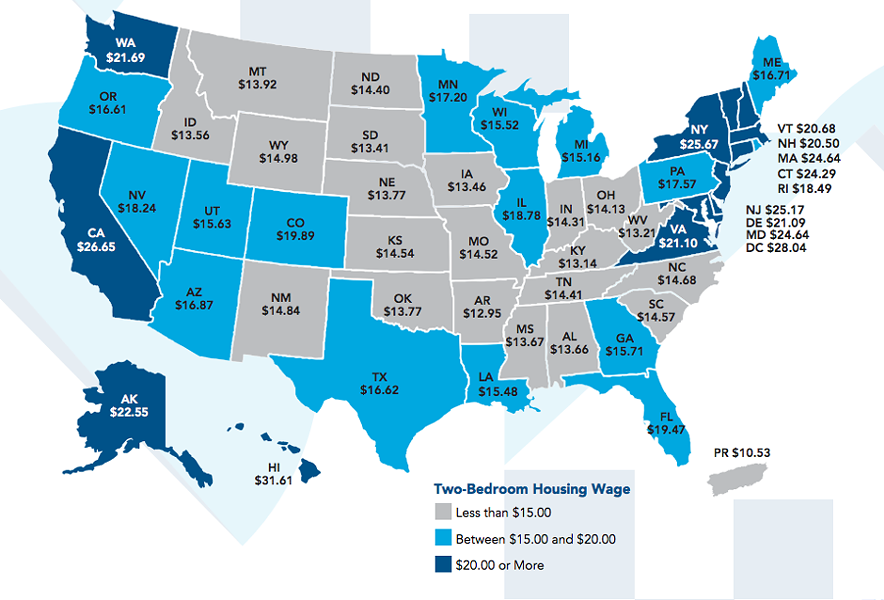 To put it into perspective, in order to afford a 2-bedroom unit in the state of Florida, you would have to be making at least $19.47 an hour. As for New York and California, a rate of $25-26 an hour can get you a roof over your head in-between juggling two, three, or even four jobs.

In a country with a federally regulated minimum wage of $7.25, there seems to be an alarming disconnect between theories, politics, and the harsh reality of the situation. Lucky for us Floridians struggling to make it on a 9-5, living on the beach doesn't seem like such a bad idea after all.