The mystery continues with Moonmen From Mars at Will's Pub tonight 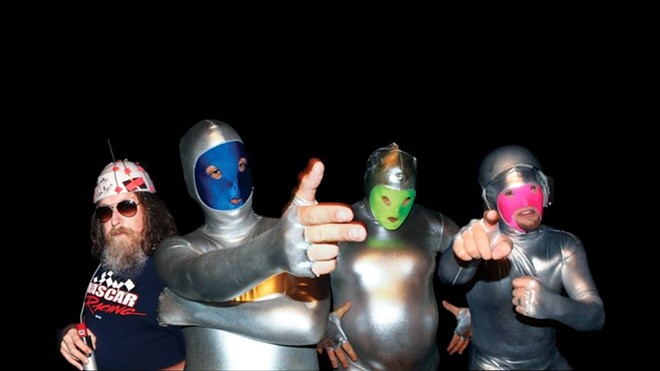 The ever-mysterious Moonmen From Mars are still riding out the Fear & Terror of their release earlier this year, but they’ve already got four new songs they’re laying down (as well as an announced new cover of the Breeders’ “Divine Hammer”). Whether you’re just looking for one reason to go out or many, though, this night has you covered with rambunctious support from frequent Moonmen companion, Orlando rapper Luscious Lisa (who released Ladychat earlier this month), and rowdy punk disturbance Warm Like Winter. This is also a good time to remind you that Moonmen From Mars has an entertaining and worthwhile podcast, Mooncasts From Mars, which features interviews with local bands, great new music and conversational antics based on the band’s ghoulish foolish nature, which is like a haunt with a hiccup. They even have their own call-in line, 407-505-6340, in case you ever wanna “phone home.”