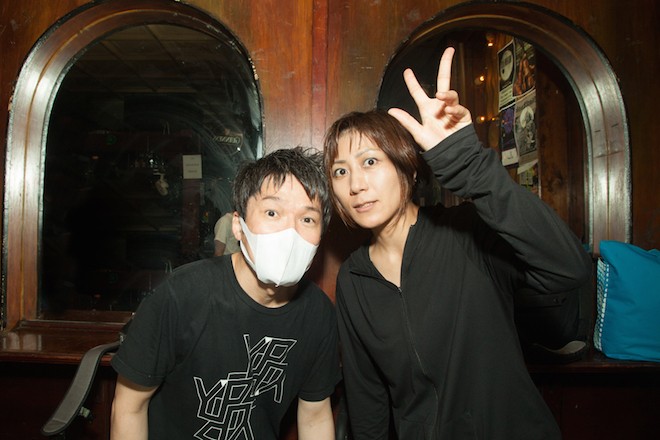 Although Japanese noise punks Melt Banana have a long history of playing Orlando, they don’t come all that often, the last time being about a handful of years ago. So each time they roll through, it’s like the warm excitation of seeing an old friend – a dear, volcanic old friend. Once you’ve tasted it, the legend of their live show is forever seared into you, and we’re one of the lucky cities to regularly experience it. But they stay away just long enough that the sheer power and revelation of it always singes your face anew each time.

Their latest show (May 28, Backbooth) was Orlando’s first time seeing them stripped down to just the core duo of frontwoman Yako and surgical-masked shredder Agata. With other bands, this could be a heart-draining prospect, but not for creative savages like Melt Banana. Agata still does what he does, which is summon the sound of natural disasters with his guitar. Besides her usual blistering vocals, Yako now handles the remaining programmed audio with an illuminated hand pad. But before you go freaking out about that, just remember that Melt Banana’s predilection is more Lightning Bolt than Anamanaguchi. So this arrangement’s a little different but not an inch less in intensity or insanity, if not a bit more complementary to their conceptual streak. They were already out there, this just lets them push the freak frontier a little further.

In live terms, they respond to less personnel with a more confrontational plan that pushes their whole sound rig right up to the front of the stage. One thing this whole lineup and organization does exceptionally right is really spotlight how powerful and underrated of a front force Yako is, with a presence that does an astonishing amount of the heavy performance lifting. Even with a smaller crew, this show was maximum Melt Banana on stage. Just ask the flying bodies on the floor. All smiles and slams, this is one of the most joyful pits you’ll ever see. 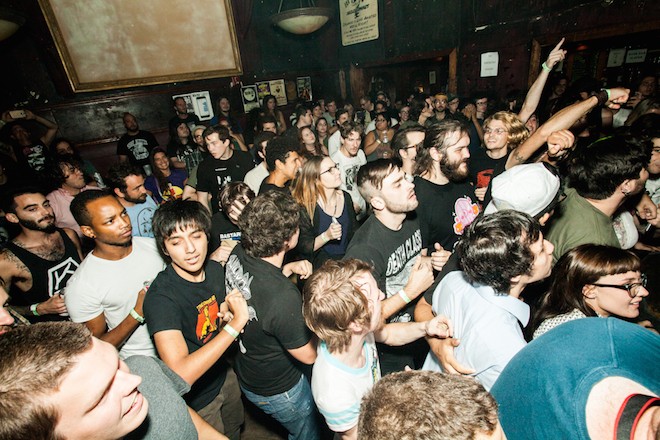 Right before was reconstituted Ralph Ameduri-associated local band the Hamiltons, who play a noisy, thick-ribbed brand of American punk rock. They were decent when they performed the latest Ralphfest back in February but they’re already much more locked in now and looking like a band building a new head of steam. 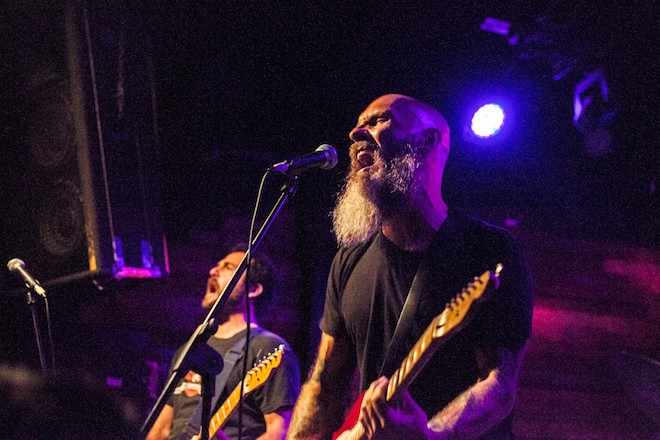 In fact, one of their meaty songs stoked the beginning of a decent pit. But then frontman Robert English actually squashed it by stopping the music, expressing appreciation for the zeal but coming in defense of those trying to enjoy the show peacefully – you know, the punk show. Well, you don’t see that every day. It was a courteous thing, to some people at least, but it was a little like getting doused by an ice bucket during a hot fuck. But a little subsequent crowd awkwardness notwithstanding, the Hamiltons delivered a good, gutsy set.