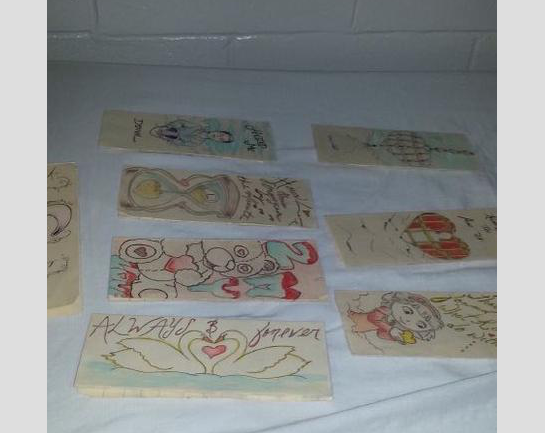 William Hahne, a Boward County resident, former chemical engineer and penpal, was sentenced to one year and three months in federal prison for sending hallucinogen-laced postcards to his jail friends.

Apparently, once they received the drug mail, Golden and Aubol would then run a popular drug dealing business that included ripping up the postcards into small pieces and selling the hits for $10 a pop.

"It was, quite frankly, somewhat ingenious how he got the drugs into the jail," said Assistant U.S. Attorney Catherine Koontz.

The investigation began after an inmate reported seeing another prisoner experiencing a bad reaction to the drug.

Hahne's buddies were also sentenced. Aubol received two years and Golden was sentenced to one year and three months.