SWAT team action at 55 West: officers were shot at but suspect's gun jammed 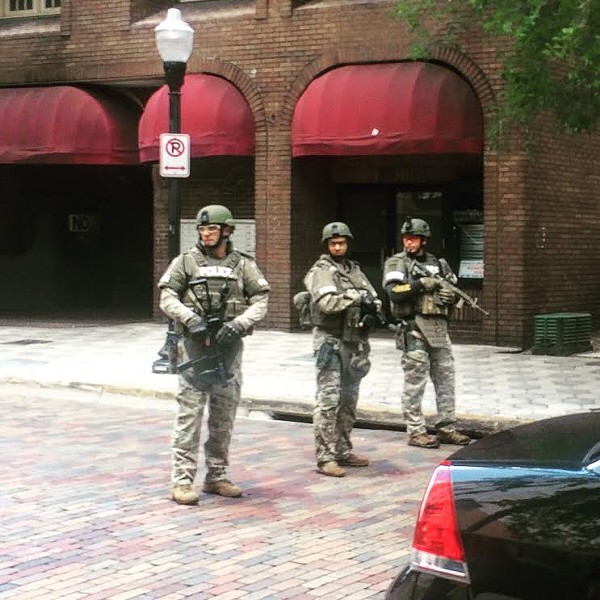 On Friday, May 29, an armed man attempted to shoot police officers serving a search warrant in downtown Orlando. When SWAT officers went to apartment 2005 at the 55 W. Church St. building – aka the 55 West apartment building – they deployed a “diversionary device” inside the apartment then rushed inside. Officers heard what a police report says was a “distinctive bang,” which they recognized as a gun being fired.

More officers entered the apartment and one of them spotted the suspect, Johan Otilio Lopez, hiding behind a dresser. Lopez dove to the floor, and officers quickly detained him. After he was removed from the premises, they found spent shell casings and found a pistol that had an unused round stuck in the firing chamber, preventing it from continuing to fire. “This leads me to believe that had Lopez’s gun not jammed, he would have continue to shoot at SWAT officers,” Officer Phillip McMican wrote in his report of the incident.

Officers say they continued to search the apartment and found “a large bag of a green leafy substance,” which was obviously marijuana. More than a pound of pot was found in the partment, as well as a packaging machine, unused vacuum-sealable bags and “large amount” of U.S. currency.”