That photo of Florida's last Civil War veteran posing with a fighter jet is really cool, but probably not true 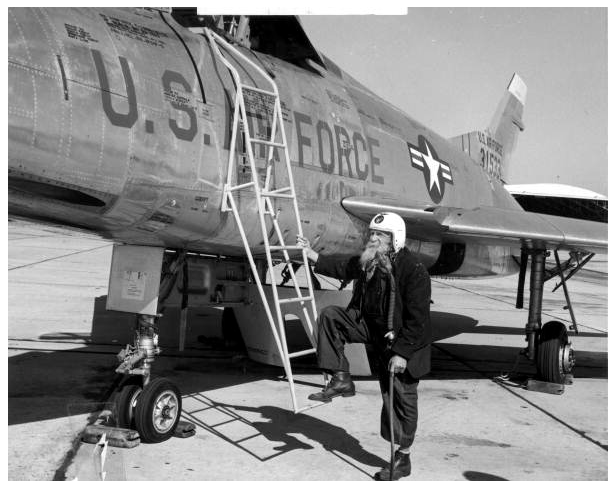 This super cool photo of a supposed Civil War vet from Florida vibin' out next to a fighter jet has been making the Internet rounds today, and while it's completely badass to look at, it's not entirely true.

Claiming to be a member of the Confederate Army, William Lundy was 107 when this photo was snapped for an article in the Boston Traveller in 1955.

It should be noted that Lundy's actual age and military service have been heavily disputed over the years. Lundy claimed he was born in 1848 and served 1864-1865, which would have made him 16. However, Census data was discovered after his death that suggested Lundy may have actually been born in 1860, making him 5 years-of-age when the Civil War started.

Lundy was definitely old, but he wasn't a Civil War vet. But  he collect a soldier's pension until his death, which was at the age of 109 in Okaloosa County, Florida in 1957.