With the upcoming presidential election and candidacies being announced left and right, you may want to try spicing up your political news with a recently developed and hilariously habit-forming extension for Google Chrome.

The snarky "Florida Man" reference is representative of Florida's tendency to be in the news for bizarre or unusual crimes, usually accompanied by equally haggard, toothless mugshots. Florida Man has been turned into countless Internet memes, a documentary, and even has its own Twitter account, @_FloridaMan, with over 295,000 followers.

Here are few of the most comical headlines we found while playing this name replacement game: 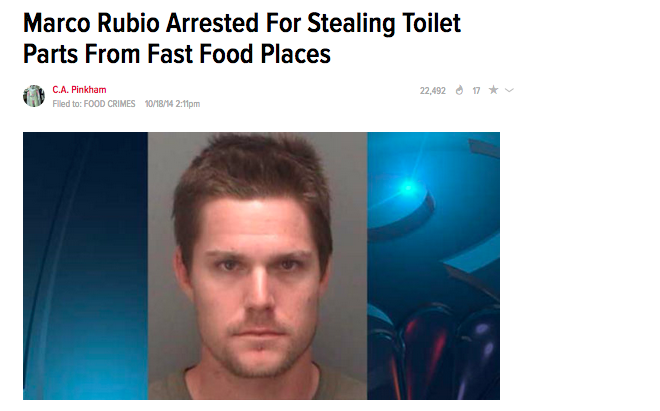 Be forewarned: it's addicting, but definitely not the worst way to kill that last hour at work.