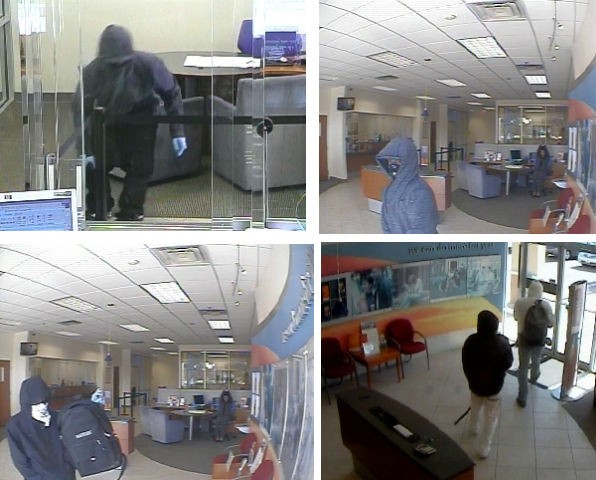 According to a statement released by Orlando Police, the robbers entered the South John Young Parkway bank at approximately 9:34 a.m. and left with an undisclosed amount of money from the bank's safe. The three bank employees and one customer were bound with zip ties by the robbers but not injured.

Orlando Police Department reported that the suspects exited the bank and left in a white or grey explorer in an unknown direction.

Anyone with information as to the identity of the suspects in the video is asked to call Crimeline at 1-800-423-TIPS. Callers can remain anonymous and receive a cash reward.