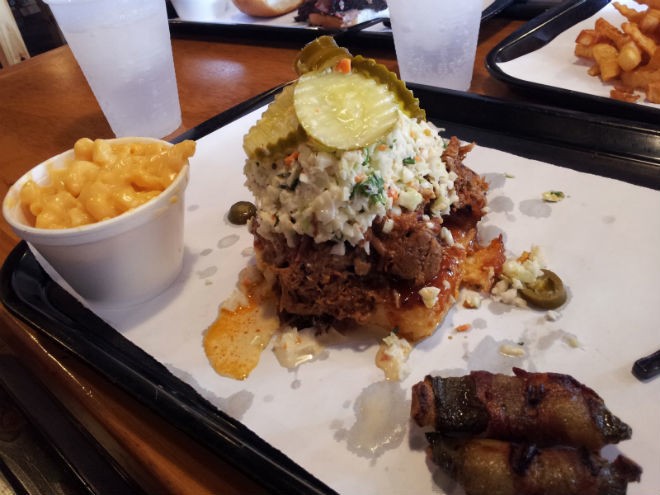 Downtown denizens won't have to hop in their cars to schlep out for great BBQ much longer.

The 4 Rivers empire is about to get bigger, with plans leaked to Orlando Business Journal that confirm a 4 Rivers downtown café to open in a 1,912-square-foot space on the ground floor of City Hall.

Previous reports had linked John Rivers with openings in Atlanta and Hunters Creek, but it looks like this project will be fast-tracked, pending approval by a City Council vote on June 15.

No deets yet about food and beverage offerings, and the 4 Rivers team is staying mum about the whole shebang, but as soon as we know, you'll know. In the meantime, you're free to stand in line at any of the other nine 4 Rivers smokehouse locations.