We finally got the truth on what happened to Yum-Mi: Updated

June 12, 2015 at 2:37 PM
comment
Update: Based on this (despite being informed otherwise by someone who, let's say, should have been considered a trustworthy source) we go back to official "I GIVE UP" status on this one. Sweet mystery of life!

Finally, the story can be told. (<< an unnecessarily dramatic intro to this blog post)

We've been asked repeatedly by stymied banh mi lovers in the last month or so what happened to Yum-Mì Sandwiches, and though rumors have swirled and various denials of going out of business have been issued, we've finally gotten to the bottom of it. (Understandably, we hadn't wanted to report that Yum-Mi was closed before we knew for sure.)

Yum-Mì, originally opened by some of the folks from Pho 88, changed hands a while back and was then operated by some people from King Cajun. When we reviewed it shortly after opening, we praised the menu's mix of traditional and updated banh mi but felt some items could have been executed better.

However, despite a cadre of devoted fans, business continued to decline, and about six weeks ago the restaurant went dark. We heard several different stories about why: They were remodeling, they were changing the menu, they were on vacation – all claiming that Yum-Mi would eventually reopen.

Sorry, Shimmy-Shaker fans: ain't happening. The good news is that the owners of Thai Cuisine (on Edgewater Drive), which has been around forever, will open a new there will be new joint called Pop Thai in that space, bringing yet another Asian option to Mills 50. 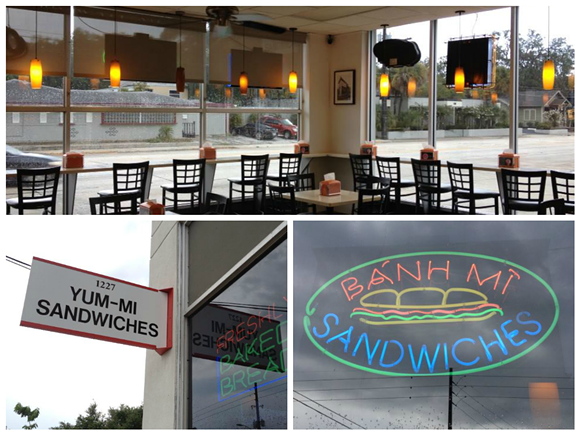