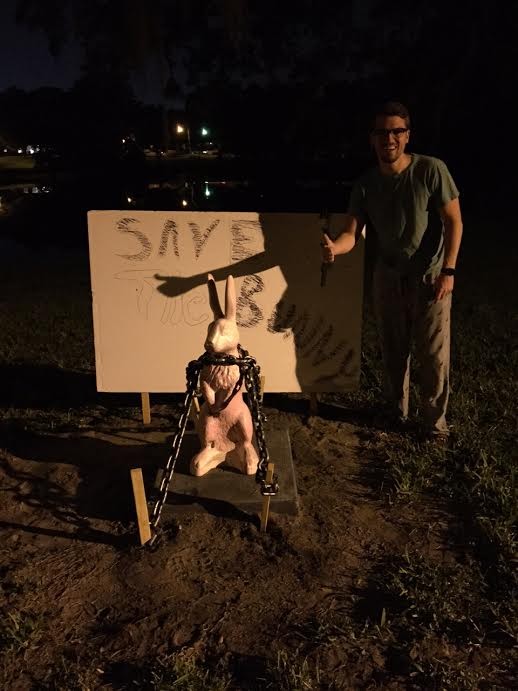 News that Commissioner Patty Sheehan is planning to move the pink bunny statue she had installed at Lake Como Park in honor of her former aide, Chase Smith, has caused an outcry. Sheehan said yesterday that she was going to move the bunny statue, which has been in Lake Como Park since 2014, to a park in Colonialtown in response to complaints from a neighbor, which she said were tarnishing the purpose of that statue, which was meant to memorialize Smith, who died of cancer in 2013.

But some residents of the neighborhood, who say they that the complainers are in the minority and that most of the neighborhood loves the pink bunny, started a campaign to save the statue. They've even chained the bunny to its platform and erected a sign reading "Save the Pink Bunny."

Today from 10 a.m. to noon, they'll gather on the east side of the park to show their support for keeping the bunny statue in Lake Como park. They're hoping that Sheehan will hear them out and reconsider her decision to move the statue.