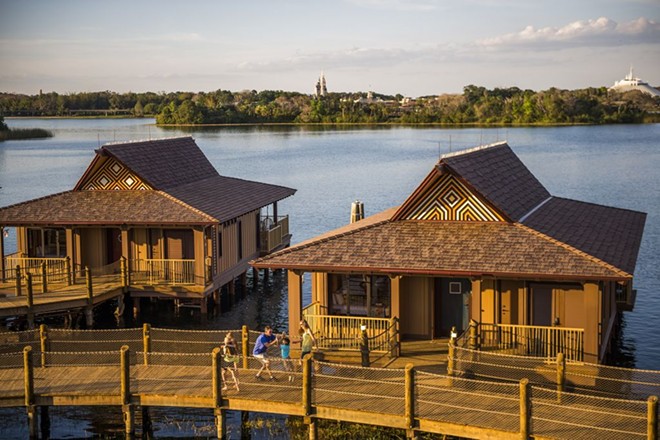 The Bora Bora Bungalows along the Seven Seas Lagoon have dramatically changed the look and feel of Disney’s Polynesian Village resort. The bungalows are just the latest addition to the ever growing Disney Vacation Club. With only 20 bungalows they’ve proven to be a popular choice despite prices that start at $2,137 per night and can soar well north of $3,000 per night during holidays and special events.

The two bedroom bungalows feature a small ‘plunge’ pool (think a hot tub with no hot involved) and full kitchens. With the high prices and high demand it was only a matter of time before Disney would attempt to add more bungalows. Recently, permits (Application#: 150515-12 | Permit#: 48-00714-P) were filed with the South Florida Water Management District that reveals details on their next bungalow project; the Wilderness Lodge.

The Wilderness Lodge bungalows will likely keep the rustic log cabin feel of Wilderness Lodge while providing modern amenities, such as full kitchens and washing machines, which DVC has come to be known for.
Also, similar to the Polynesian, the new bungalows will be part of a larger updating to the Wilderness Lodge. The permit documents seem to show other improvements including an improved shoreline wetlands area, updated pools and improved dining experiences (here’s to hoping for a Red Green version of Trader Sam’s).