Politico takes on Disney and its role in Florida politics 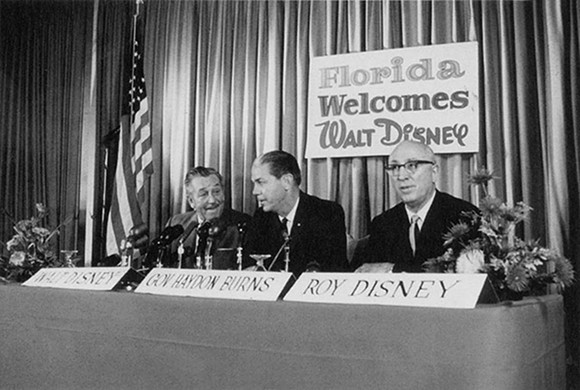 Over the years, we've covered some of the incidences in which Disney inserted itself into local and state politics. Remember that time, for instance, when Disney's Entrepreneur Center was mysteriously involved in Orlando's Buy Local Orlando campaign, which welcomed chains into its fold and competed directly with a genuinely local campaign called Ourlando? Or the time when we learned that Disney was central to the opposition to a proposal to require companies doing business in Orange County to offer paid sick time to employees? Disney is, of course, a significant donor to Republican campaigns in Florida. And we did just learn that the company is cutting costs by hiring lower-wage workers from overseas to replace higher-paid U.S. workers in some of its tech jobs.

This week, Politico has come out with a comprehensive piece that pulls all of these tidbits and more together to paint a portrait of how Disney quietly shapes our lives in Florida. The key word here is "quietly":

"Bare-knuckle political brawling and Disney are not usually paired in the headlines around the state," the story notes. "Disney is the 800-pound mouse protecting its cheese in the backrooms of city hall and state government. And, like the fuzzy rodent, it is typically quiet."