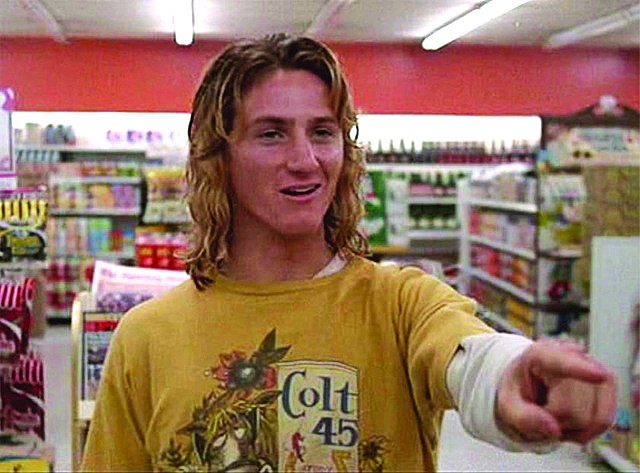 There probably isn’t enough space here for all of the sociopolitical import that a film so profoundly definitive of its age as Cameron Crowe’s Fast Times at Ridgemont High would require, nor are there enough carrots for the fellating, but if there’s any holiday that deserves a little extra Jeff Spicoli (Sean Penn, way back then) and his class-delivered pizza, it’s Father’s Day. Think about all of the mistakes you could have made, Dad, and perhaps those that you did? For Father’s Day, the Enzian is pulling its fantastic bonfire-of-past-filmic-vanities treatment for this seminal, Amy Heckerling-directed foray into post-American Graffiti teensploitation, meaning that you too can be uncomfortable watching men in their 40s witness Phoebe Cates climbing out of a pool topless while the entire crowd of American youth adjusts its pants. Even better, there’s a special menu for the whole affair – including something resembling a high-end pizza – to make it all seem above board, fink. I’m late.