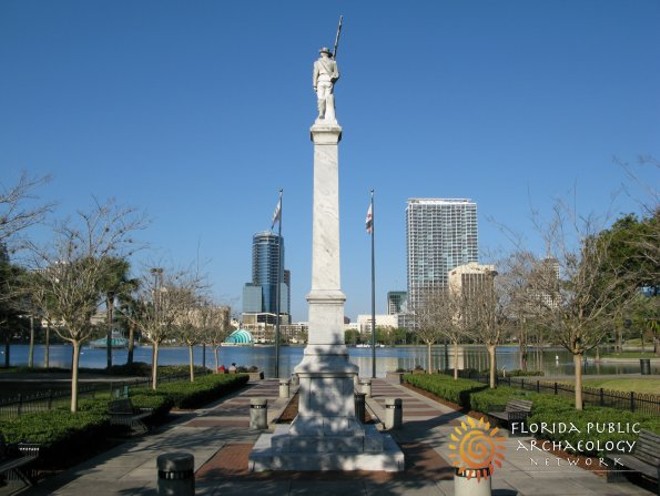 Beth Kassab said it in her column in the Sentinel yesterday: The best place for Confederate monuments, flags and other relics of the Confederacy is in museums, not public buildings, parks and schools.

Today, a petition has been started by Organize Now asking Orlando Mayor Buddy Dyer to have the monument to Confederate soldiers, located in the city's Lake Eola Park, removed.

As movements such as #BlackLivesMatter have unfolded over the past few years due to the murders of dozens of Black Americans, it is clear that symbols of racism in American history such as the #ConfederateFlag must be removed as we work towards equality and justice for all people. Please SIGN THE PETITION today to tell Mayor Buddy Dyer that, rather than being on display in a public space in the heart of downtown Orlando, the Confederate Monument at Lake Eola Park #BelongsInAMuseum where such an oppressive image of racist American culture would be appropriately housed for historical reference.


The statue has been in the park since 1917, according to the Florida Public Archeology Network. It was erected by the United Daughters of the Confederacy to honor, "soldiers, sailors and statesmen of the Confederate States of America."

Members of that organization, which still exists, don't want the monument removed. WFTV quoted a 92-year-old member of the organization, Patricia Schnurr, as saying that the monument, "has nothing to do with slavery," and "it should stay exactly where it is."

OCPS now refers to the schools by the fairly innocuous names Jackson Middle School and Lee Middle School, but the district has come under fire in the past for having two schools named after men who fought to secede from the Union in an effort to preserve the institution of slavery in the United States.