The kickoff show for Illuminated Paths’ first label showcase tour (June 21, Uncle Lou’s) just happened over the weekend. I’ve been thinking a while now about the enigmatic Central Florida music label – what it’s doing, what it is – and the launch of this maiden East Coast tour and the feature story it compelled recently brought it to a point. And it's pretty interesting stuff.

There are, of course, other boutique cassette labels out there in the indie galaxy. Illuminated Paths, however, isn’t just another emptily trendy outfit. My story unpacks this in depth, but what I discovered through the course of pursuing it is that this label’s method and operation are themselves expressions of art and meaning, every bit as much as the work of the musicians it presents. In some cases, I suspect more. Almost no other music label can claim that, at least not to this degree. Label boss Joshua Rogers is doing something truly unique. When it comes to weird Orlando, this is one of the most notable stories right now. 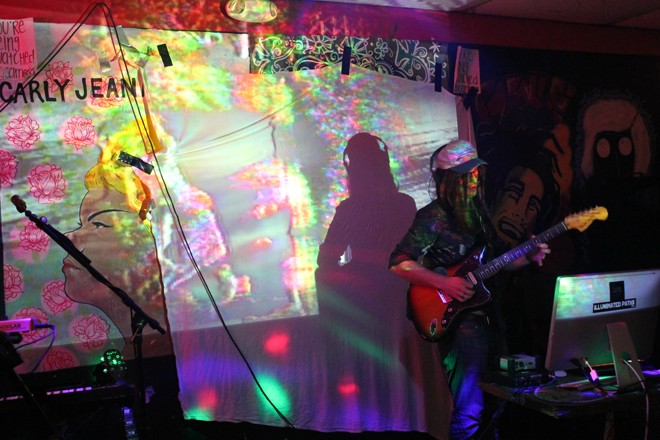 The tour kickoff featured some special imported talent including Public Spreads the News. The solo project of label founder Wes Ables was a quilt of elements synthetic (electronics) and organic (guitar) that took otherwise clean, slinky ‘80s lines and blurred and recontextualized them. The performance was loose but involved a wig, so there’s that. 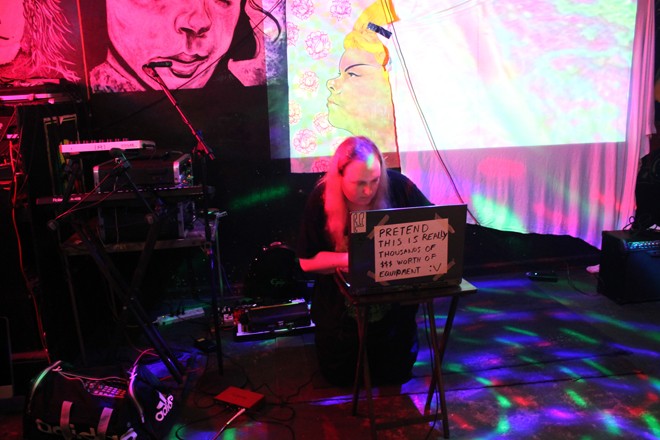 The surprise addition to the lineup was New Zealand’s [correction: Seashells is based out of the U.S. now] Seashells. Although “ambient laptop artist” isn’t a combination of words that equals live electricity, her blend of pop obfuscation and beats does make for a more punctuated style of vaporwave. 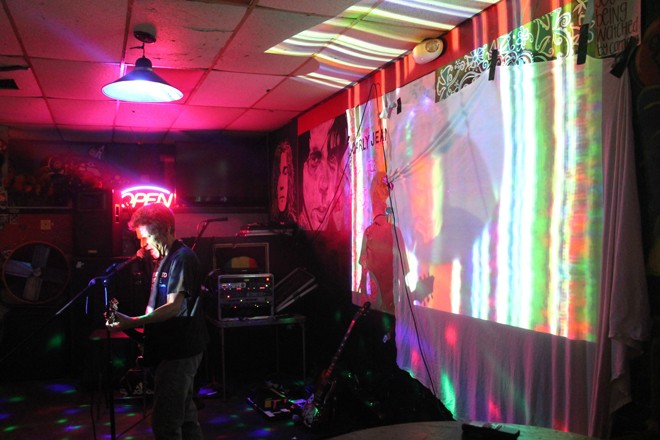 But of the several acts I caught, the most immediate and moving was inimitable local Ray Brazen. For the uninitiated, Brazen is a proud and true eccentric who packs more shredding chops than many of his songs reveal. On his incidentally signature Brazen electric guitar (the interesting story of which can be heard on this recent episode of the Moonmen From Mars podcast), the unboxable outsider artist swung wildly from punk to metal to quirky pop. If being anti-norm is the meter, he may be the punkest one around here.


Not enough people were at this show, that’s for sure. But the good news is that the tour will be circling back home for a finale show, this time at Will’s Pub (July 5) with a fresh lineup . If you missed the sendoff, here’s your chance at both redemption and enlightenment. It’s an event that anyone who cares about the Orlando underground should not miss.

Oh, and Uncle Lou’s now has this sweet little disco lighting upgrade that's worth checking out at a show soon: 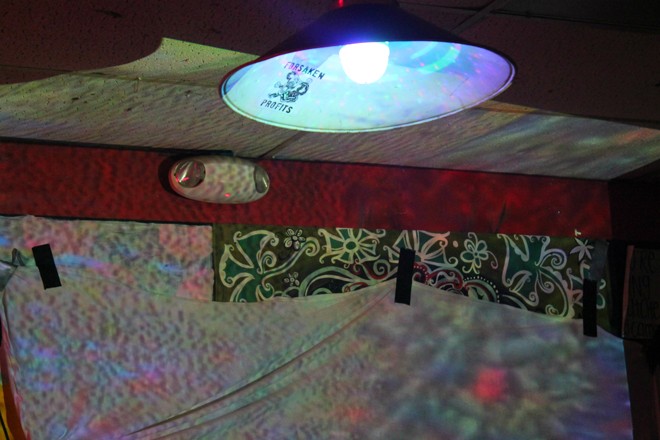