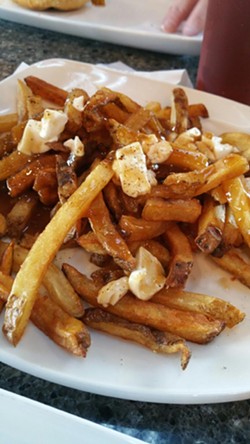 This N’ That Eats opens June 29 at 1811 N. Orange Ave. in Ivanhoe Village. (Really? You couldn't have been there back when I lived across the street? Sigh.) Sandwiches on chef Jason Schofield's menu include a Cuban with pork confit and dijon aioli, a pork-belly banh mì, a Mexican chorizo torta, and an Italian-inflected vegetarian sandwich: fennel, arugula and roasted veggies with achar sauce on ciabatta … trés global.

At their Midsummer Cocktail Party, Marlow’s Tavern in Winter Park and Pointe Orlando celebrate South African wine and cuisine through Aug. 3. Don’t expect to see bunny chow or chakalaka, though there will be a dish of peri-peri eggs topped with biltong, the traditional air-dried beef jerky.