U.S. Supreme Court makes its decision: Marriage between same-sex couples is legal in the United States 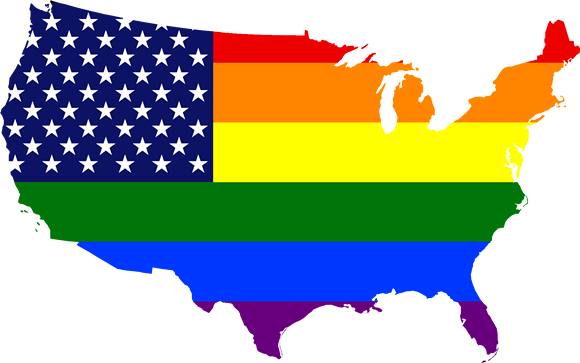 We'll have more to say on the momentous decision later, but here are some excerpts from the opinion, written by Justice Kennedy, issued this morning:

No union is more profound than marriage, for it embodies the highest ideals of love, fidelity, devotion, sacrifice, and family. In forming a marital union, two people become something greater than once they were. As some of the petitioners in these cases demonstrate, marriage embodies a love that may endure even past death.

The history of marriage is one of both continuity and change. That institution—even as confined to opposite-sex relations—has evolved over time.


The nature of marriage is that, through its enduring bond, two persons together can find other freedoms, such as expression, intimacy, and spirituality. This is true for all persons, whatever their sexual orientation.


By virtue of their exclusion from that institution, same-sex couples are denied the constellation of benefits that the States have linked to marriage. This harm results in more than just material burdens. Same-sex couples are consigned to an instability many opposite-sex couples would deem intolerable in their own lives. As the State itself makes marriage all the more precious by the significance it attaches to it, exclusion from that status has the effect of teaching that gays and lesbians are unequal in important respects. It demeans gays and lesbians for the State to lock them out of a central institution of the Nation’s society.


It would misunderstand these men and women to say they disrespect the idea of marriage. Their plea is that they do respect it, respect it so deeply that they seek to find its fulfillment for themselves. Their hope is not to be condemned to live in loneliness, excluded from one of civilization’s oldest institutions. They ask for equal dignity in the eyes of the law. The Constitution grants them that right.


Read the full decision, as well as the dissenting opinions, here.

By the way, look at the icon that the White House made its profile picture on Facebook: