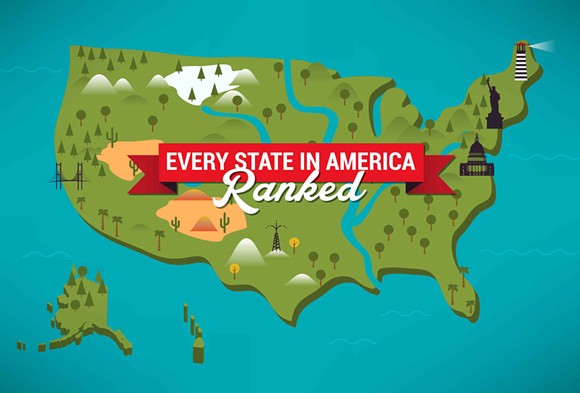 Thrillest.com, a website that ranks Hot Pocket flavors, has released a new "definitive ranking" of our nation's states and has ultimately decided that Florida is the worst.

Ignoring any real data (like census info, job reports, insurance records, etc) the listicle relied heavily on the worldly opinions of its authors. Basically, the only reasoning Thrillest could give for Florida's 50th ranking is our state's association with the #FloridaMan meme.

To save you a click, here's what they had to say about the Sunshine State:

When putting together a list such as this, there can be some temptation to defy popular expectations, and go against the grain. However, Florida’s awfulness resume is so staggeringly impressive that it couldn’t go any other way. You were born for this. Embrace it.


Although #FloridaMan is entertaining, it's a bit unfair to judge the entire state based solely on this little nugget, especially since many argue the only reason #FloridaMan exists is because of our state's open record laws.

To be honest, I'm not even mad that Florida is last. I'm just annoyed at the sheer laziness of the entire listicle. If you're going to dog on Florida, a simple Google search would've unearthed a plethora of things to bitch about. Thrillest could've said Florida is ranked last because we lead the nation in shark attacks, or that we hate our jobs the most, or hell, just Gov. Rick Scott.

Anyway, if you're wondering, Delaware came in right behind us at 49th, because Delaware.

The top spot went to Michigan....Michigan.