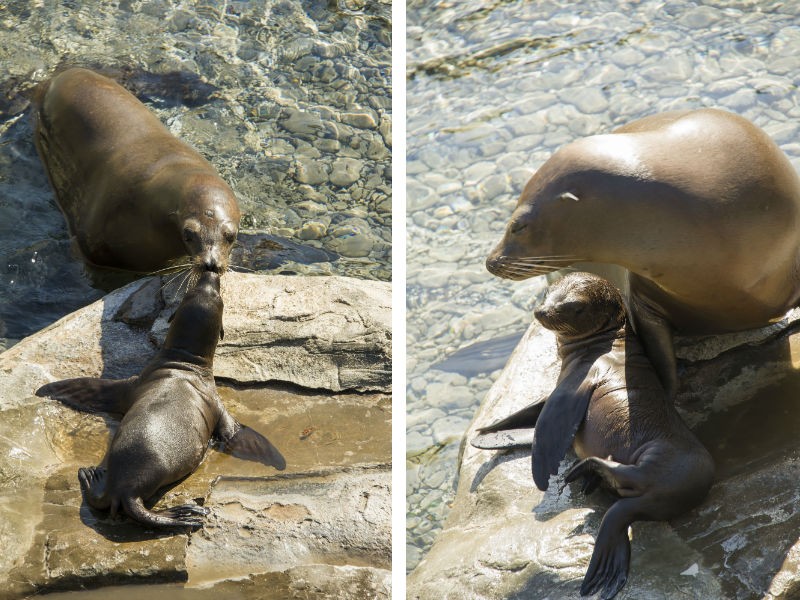 The two most recent sea lions, who were born June 23 and June 26, join four other newborns who entered the world at SeaWorld's Paradise Point Preserve in recent weeks.

But why the sudden surge of sea lion births? Is there something in the water? Well, summer is "pupping season" for California sea lions, whose 9-month pregnancy period concludes in late May-early July.

Unlike newborn babies, people probably won't be asking, "Can I hold it?" as sea lions on average weigh between 19 and 24 pounds at birth.

While names have yet to be released, a statement by SeaWorld said the Animal Care Team is monitoring the pups and their mothers.