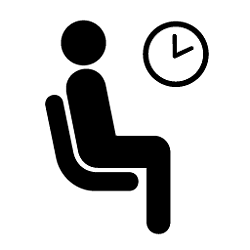 The day before a new Florida law would have begun requiring women to wait 24 hours before having an abortion, a Leon County judge placed the law on hold while a constitutional challenge goes forward. But the state quickly filed an appeal, a move that could prevent Leon County Chief Circuit Judge Charles Francis' ruling from taking effect.

Francis issued a temporary injunction Tuesday that would have prevented the law (HB 633) from taking effect on Wednesday.

"Plaintiffs have shown a substantial likelihood of success on the merits, that irreparable harm will result if ... (HB 633) is not enjoined, that they lack an adequate remedy at law, and that the relief requested will serve the public interest," Francis wrote in the ruling.

But the appeal by Attorney General Pam Bondi triggered an automatic stay on Francis' decision, which could allow the law to go into effect. The American Civil Liberties Union, which filed the initial case, immediately responded by asking for Francis to lift that stay.

"We filed our motion to lift the stay 10 minutes after the state appealed," said ACLU attorney Renee Paradis, who argued the case before Francis last week.

The new law adds to the information that physicians performing abortions must provide to women to obtain their consent. Under the law, the information must be provided in person to women at least 24 hours before the procedures are performed —- requiring women to make two trips to abortion clinics.

The Legislature approved the measure in April, and Gov. Rick Scott signed it into law in June —- prompting the ACLU to file for the emergency injunction.

Now the ACLU will proceed with a constitutional challenge on behalf of Gainesville Woman Care LLC, which operates the Bread and Roses Women's Health Center, and Medical Students for Choice, an advocacy group.

"The court's decision was grounded in the Florida constitution's right to privacy," ACLU of Florida legal director Nancy Abudu said Tuesday. "We were very happy to be able to convince the court that there was no medical justification for this law."

The ACLU contends that for women —- especially low-income women who must arrange for child care, time off work and overnight travel —- the law increases the threat to their privacy in seeking an abortion.

But the state contends that it has a vested interest in its residents' well-being —- the basis for the 24-hour wait that supporters say will give women more time to reflect on their decisions.

"The state wields the police power to protect the health and safety of the people," Blaine Winship, special counsel to Attorney General Pam Bondi, told Francis during a June 24 hearing.

And in his ruling, Francis noted Winship's argument that the state has a right to require physicians to obtain informed consent from women before performing abortions on them.

"The legislature's right to require informed consent has been upheld as being grounded in the common law," he wrote.

Opponents say that the law places additional barriers in the way of women seeking abortions, especially those who are victims of violence and those who are low-income or live in rural areas.

The law includes exceptions to the waiting period for victims of rape, incest, domestic violence and human trafficking, but they must produce police reports, restraining orders, medical records or other documentation in order to qualify.

"It's a right law," Olsen said. "It should go into effect. It should have gone into effect on July 1. I'm sorry that the judge ruled this way, but we will live to fight another day, and the judges are not always right in this nation, are they?"