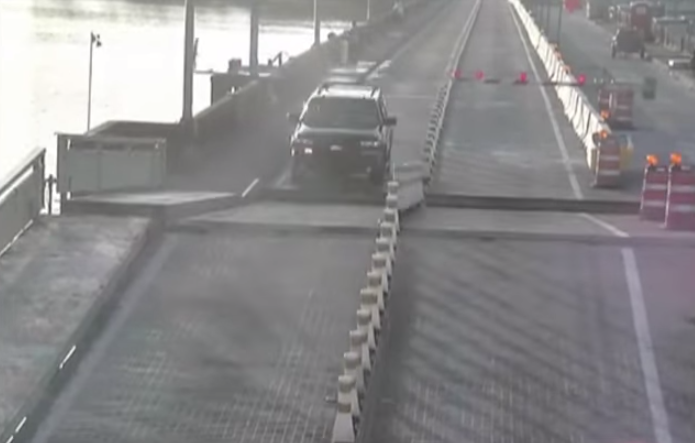 Accomplishing what many us have only dreamt of, Palm Beach resident James Montano actually jumped an open drawbridge last Sunday, June 28th.

While barreling along on the Flagler Memorial Bridge, Montano managed to smash through a stop arm and clear a small gap in the bridge before crashing into the roadway on the opposite side.

As reported by the Palm Beach Post, the officer on the scene, Capt. Curtis Krauel, said Montano claimed he was distracted by his GPS.

Luckily, Montano was uninjured. However, he did receive a reckless driving citation.

You can watch the surveillance footage of the accidental stunt below: