If you want to score some drugs in Orlando, these signs won't help 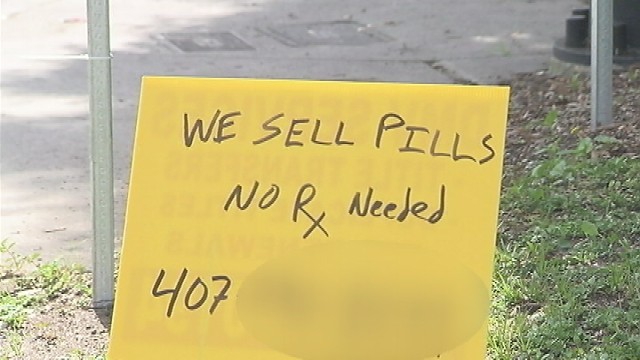 Some local pranksters have been placing fake signs around the Orlando area offering everything from cheap heroin, Viagra, to even fart noises. Don't be fooled.  They're totally fake, bro.

As first reported by WFTV, if you call the phone number on one of these signs, you'll probably reach an annoyed business owner.

In many cases, the fake signs are written on the back of real estate signs, so you'll likely reach a real estate agent, not a drug dealer.

While vandalizing the signs is illegal, the "legitimate" signs themselves are also illegally placed. However, at this moment, county officials do not regulate these signs, nor do they regulate the sign content.

Many of the businesses whose contact info has appeared on the fake signs have filed reports with the sheriff's office, says WFTV.

Head over to WFTV, to see a full gallery of the signs.