Adding yet more evidence to support our theory that fast food companies want you to die with a greasy, sugar-glazed smile on your face, Taco Bell announced today that Cap'n Crunch donut holes, previously available only in one city in California, will be everywhere as of today.

Taco Bell has previously tried to hasten your demise with the Doritos Locos Taco, Cinnabon Coffee, Strawberry Starburst-flavored slushies, chicken biscuit tacos, chicken-and-waffle tacos, and a breakfast beverage consisting of orange juice mixed with Mountain Dew, thus claiming the title of Restaurant Most Likely to Bring On the Idiocracy.

Enjoy your Fourthmeal of July weekend! 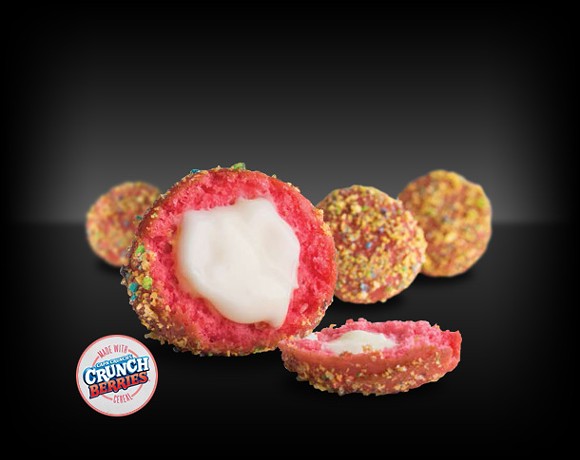