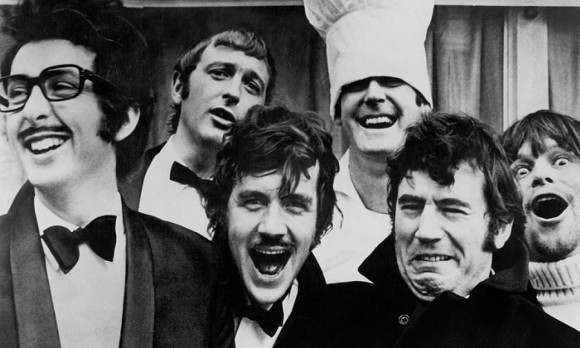 We reported last month that John Cleese and Eric Idle would come to the Dr. Phillips Center Saturday, Oct. 17, to present their stage show, Together Again At Last… For The Very First Time — and now the erstwhile Pythons have found it in their hearts to add another. The extra show is Oct. 16, and tickets go on sale July 10. Get your dialing finger ready to call Mr. Sartre, er, I mean the Dr. Phil box office so you won't get shut out.

In this stage show, "Cleese and Idle will blend scripted and improvised bits with storytelling, musical numbers, exclusive footage, aquatic juggling [Ed. note: ??] and an extended audience Q&A to craft a unique comedic experience with every performance. No two shows will be quite the same," claims the press release. Also, they are pretty open about the fact that this tour is almost purely a way to finance a Florida vacay:

*Yes, most of the shows are in Florida. Yes, this is a deliberate ploy by John & Eric to score a free vacation. Yes, they’re perfectly okay with you knowing that. England is very dreary come October.